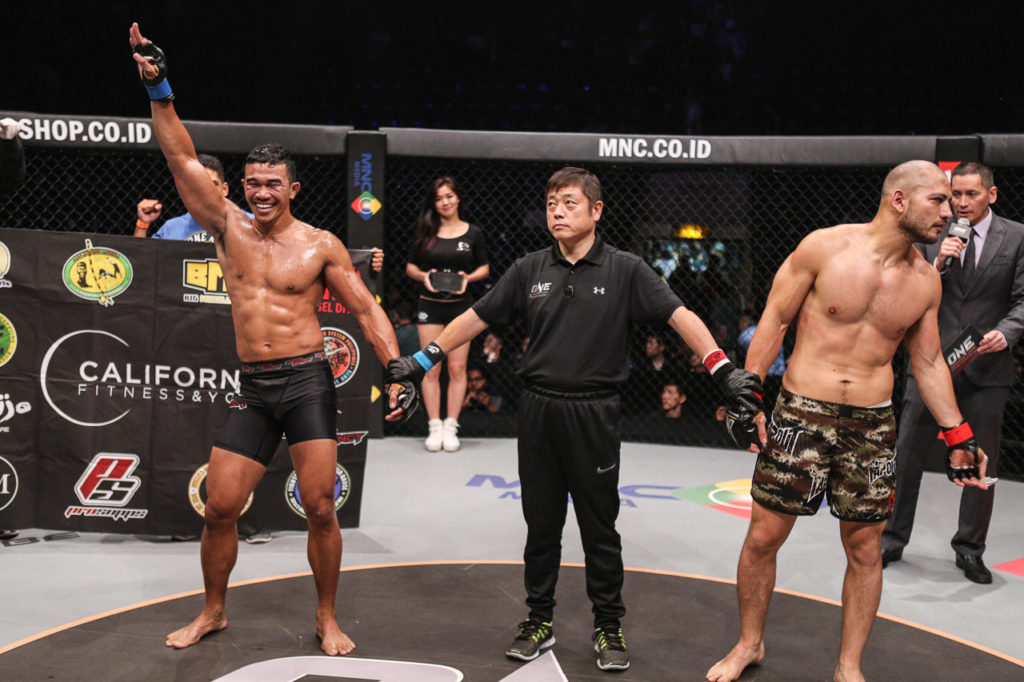 After nearly two years of sitting on the sidelines, Filipino combatant Trestle Tan makes his return to the ONE Championship cage in Kuala Lumpur, Malaysia on Friday, June 13.

A longtime boxing practitioner before transitioning fulltime to mixed martial arts, Tan is slated to lock horns with South Korea’s Dae Sung Park on the undercard of ONE: PURSUIT OF POWER, which takes place at Kuala Lumpur’s state-of-the-art Axiata Arena.

“I’ve been waiting for this for almost two years. I am happy to be back. I can finally resume my professional career. I would like to thank ONE Championship for opening its door again. It’s time to put on the work,” he stated.

The 33-year-old Cebu City native was last seen in action when he yielded to former world title contender Agilan Thani by way of first-round submission in September 2016.

Seven months prior to his quick submission setback to Thani, who is booked to face fellow ex-title challenger Zebaztian Kadestam in the main event of ONE: PURSUIT OF POWER, Tan made previously-unbeaten Mexican stalwart Djatmiko Waluyo tap with a rear naked choke in the first round.

Tan expressed his exuberance in opening a new chapter in his professional mixed martial arts career.

“I have not fought for quite some time as I was out injured and also due to personal reasons,” he said. “But I am back for good. I have a good team behind me for this comeback. I am excited and ready to get the win.”

Aside from being a prizefighter, Tan also works as a trainer at a high-end martial arts training facility in Ho Chi Minh City, Vietnam.

Tan has been an overseas Filipino worker (OFW) for almost six years, juggling different day jobs in several countries across Southeast Asia such as Vietnam, Malaysia and Singapore. 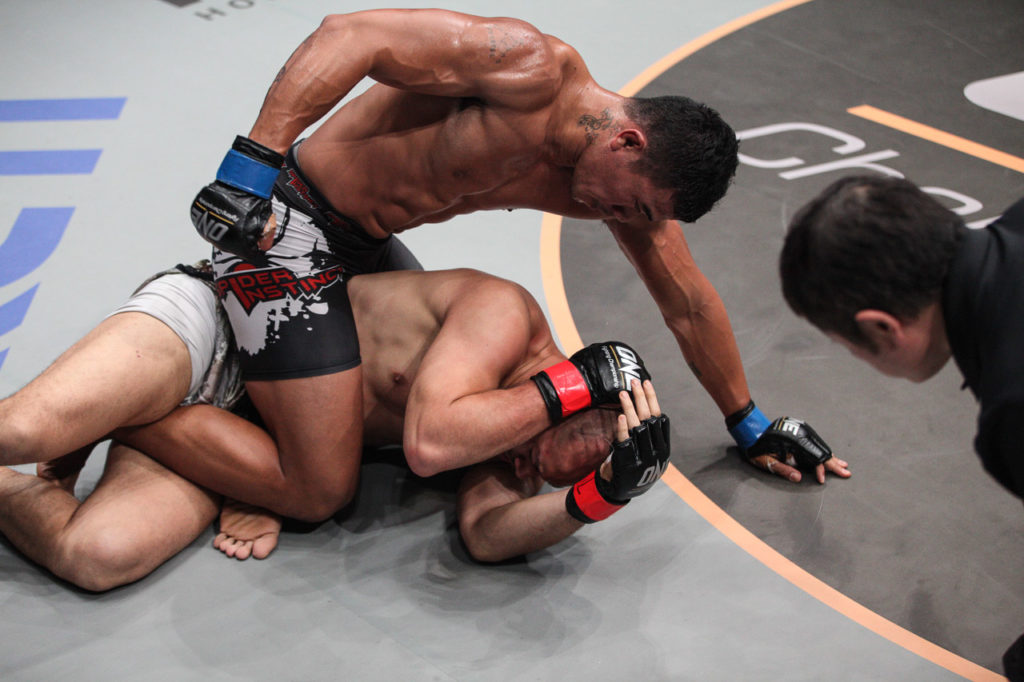 With the goal of getting a decent job so as to provide their families with comfortable lives, numerous Filipinos leave their homeland every year in search for greener pastures abroad.

Tan is no different from a regular OFW because he gave up his personal dream in order to give his household a better life.

“It was hard at first because I had to set aside what I wanted. But I know that my family back home is my priority. I chose to work abroad and try to give them a good life,” he shared.

Many Filipinos take the risk with the idea of better opportunities in other countries. In exchange for money, they trade separation from their family and loved ones, and often, even their dreams.

“It’s difficult because I wouldn’t see my family and friends for a very long time. I just kept on reminding myself that all would be worth it someday,” he disclosed.

Although he was forced to leave the Philippines to work abroad to be his family’s breadwinner, his peers took notice of his exceptional talent, encouraging him to lace up a pair of gloves and compete professionally. 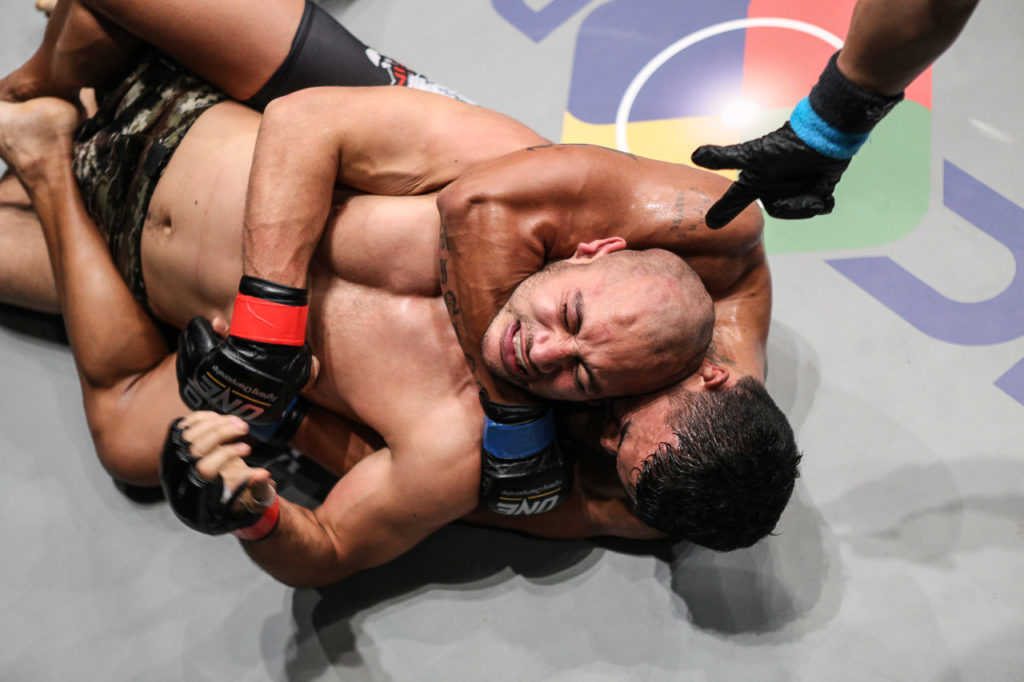 After eight bouts in the regional mixed martial arts leagues, Tan had the chance to strut his wares on the global stage when he signed with ONE Championship in 2015.

“They believed in me and supported my dream. I am forever grateful for that,” he conceded. “It was difficult as expected, but I wanted the turn this dream into a reality. I chose to endure. I just pushed harder every single day.”

For Tan’s comeback in ONE Championship, he faces a stiff challenge in Park, who is coming off a first-round stoppage victory over Japan’s Kimihiro Eto in the season finale of Rich Franklin’s ONE Warrior Series this past May.

Since an anticlimactic no contest outcome in his encounter with Matt Te Paa, Park won six of his last seven outings, including a split decision win over grizzled Brazilian veteran Rodrigo Caporal in February 2011.

“It is a good match-up for me. I am really looking forward to the fight, and I have been working more on my footwork and speed. I am also working on my striking to set up for a takedown and submission. I have been drilling the same setup until I perfect the timing and technique,” Tan revealed.

Tan stressed that he has spent numerous hours of grinding in the gym with his training partners and is appreciative for guiding him through his preparation for his first match in roughly two years.

“It took me some time to get in shape and also overcome the emotional stuff. I have been in a good shape since then. It’s an amazing journey so far, and I am glad that I have my coaches and teammates helping me along the way as I try to get back to where I left before,” he explained.

There is plenty of pressure on Tan’s shoulders, and his response is to work tirelessly to ensure that he would not disappoint the people who supported him once he steps inside the cage again on Friday.

“I am eager and hungry to be back in the cage. I believe in hard work, and I have trained hard under great trainers. I will give my best on Friday,” he ended.