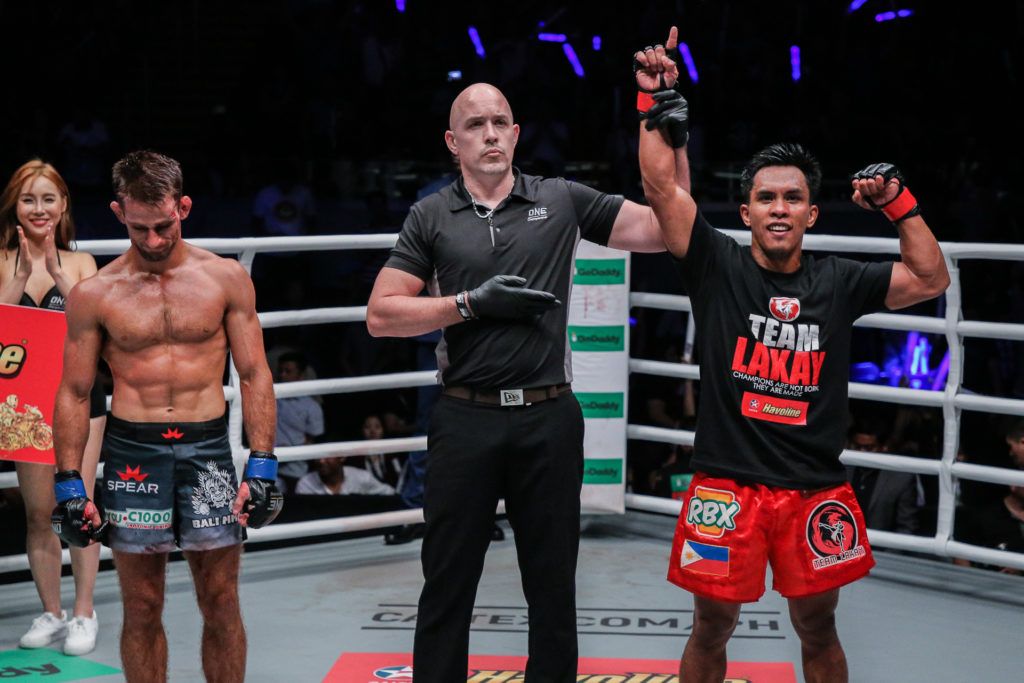 If making history as the first three-division world champion in mixed martial arts is what Martin Nguyen is after in his highly-anticipated encounter against Kevin Belingon, the Filipino spitfire could likewise establish a new record for the Philippines in ONE Championship should he win over his Vietnamese-Australian foe.

Both men are slated to face each other in the main event of ONE: REIGN OF KINGS, which takes place at the 20,000-seater SM Mall of Asia Arena in Manila, Philippines on July 27.

ONE Championship has raised the stakes of the scheduled five-round clash between Belingon and Nguyen as the ONE Interim Bantamweight World Championship will be up for grabs.

If Belingon succeeds in securing the gold-plated strap at the expense of Nguyen, the Philippines will set a record of most championship wins in the seven-year history of the promotion. 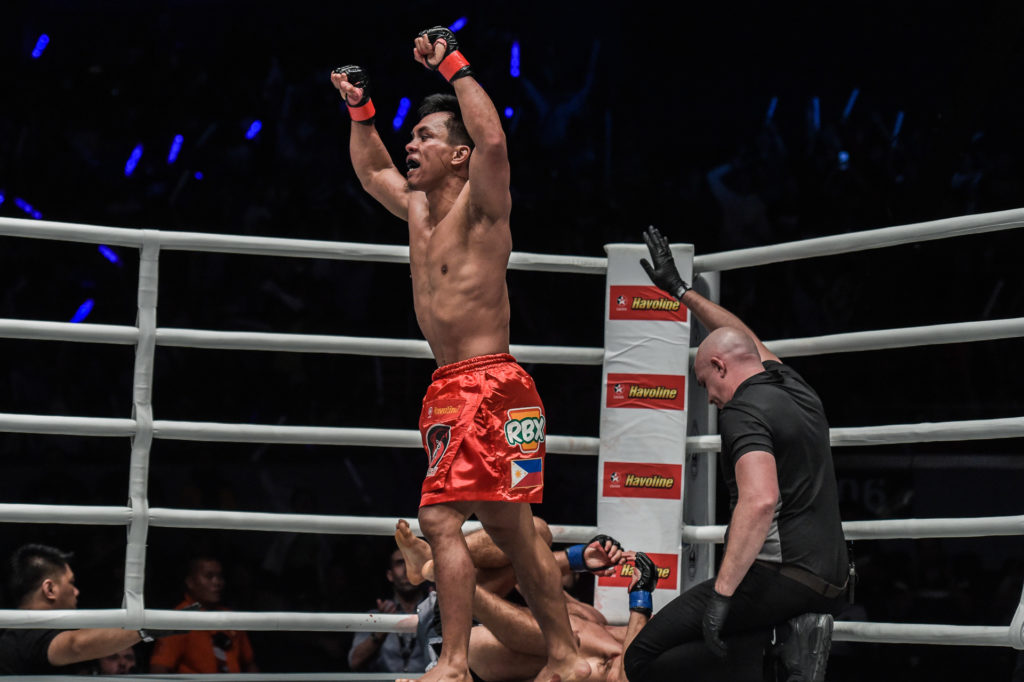 “The main goal for Filipino martial arts athletes like me is to bring pride, honor and glory to our country. This match against Marin Nguyen on July 27 is another opportunity to hoist the Philippine flag aloft on the world stage of this beautiful sport,” he said.

To date, there have been four Filipino world champions under the ONE Championship banner since 2013.

Honorio Banario became the first Philippine-rooted competitor to notch a huge prize in ONE Championship when he defeated compatriot Eric Kelly by fourth-round stoppage for the inaugural ONE Featherweight World Championship in February 2013.

It was followed by Brandon Vera, who crowned himself as the first ONE Heavyweight World Champion by knocking out Paul Cheng in 26 seconds with a high kick in December 2015.

Meanwhile, Eduard Folayang pulled off a major upset victory over Japanese legend Shinya Aoki in November 2016 to capture the ONE Lightweight World Championship.

Geje Eustaquio joined the list of Filipino world titleholders this past January, claiming the ONE Interim Flyweight World Championship with a split decision win over Kairat Akhmetov in a rematch before becoming the undisputed division kingpin in his second meeting with Adriano Moraes last June. 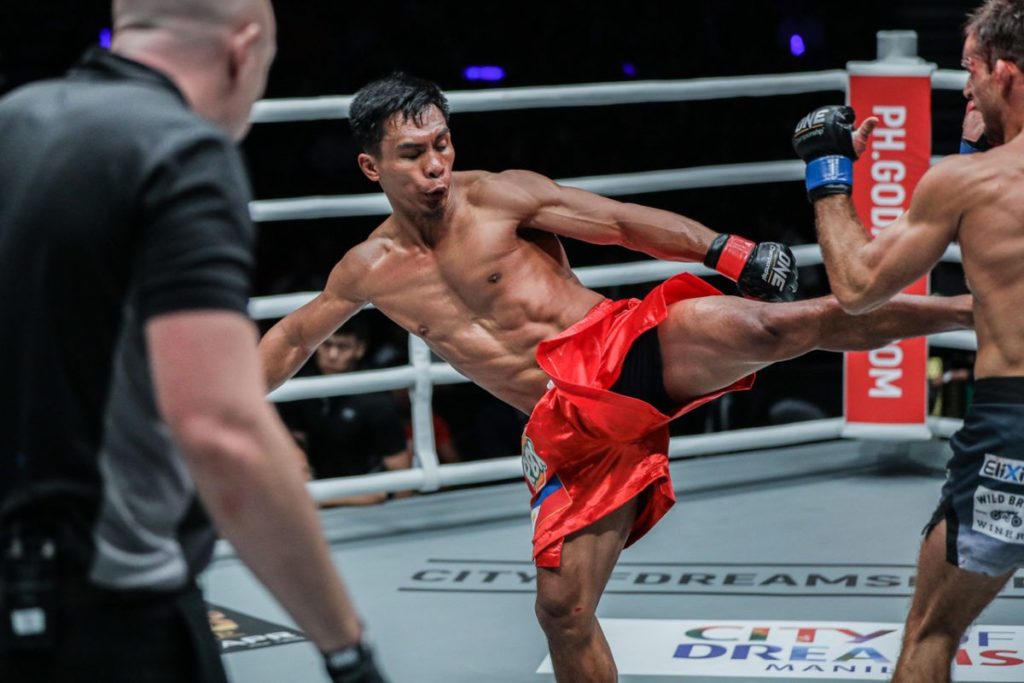 With the ONE Interim Bantamweight World Title on the line, having his hand raised would symbolize so much to Belingon.

Ever since losing to Bibiano Fernandes for the bantamweight crown in January 2016, Belingon has won five consecutive matches, routing the best contenders that the division has to offer.

For Belingon, he could finally become a mixed martial arts world champion on July 27, which is the goal that he has been chasing ever since he launched his career in June 2007.

“Becoming the champion has been my goal since my career started. It is a lifelong dream for me. I need to win my next bout to turn my dream into a reality,” he stated.

“This is going to be a very exciting match. To take on an elite athlete like Martin, it will only be good for my experience. I look forward to testing my skills against him,” Belingon added.

Sharing the cage with a dynamic knockout artist like Nguyen, Belingon asserted that he likes his chances versus the two-division world champion and shared his thoughts as to how things would play out at ONE: REIGN OF KINGS.

“Martin has very good, high-level skills. His wrestling is very strong, and so is his boxing. He is aggressive, and he punches with power. There is no underestimating this guy,” he explained. “But I think his biggest weakness is his speed, especially in this fight. He is not faster than me. I think this will come down to who gets there first.”

Although he is known for his explosive striking, massive knockout power, and fearlessness to engage, Belingon assured that he is prepared to go the distance with Nguyen.

“I am training very hard to make sure I am well-equipped with everything I need to face any situation. If I have the opportunity to finish him, I will not hesitate to grab that chance. But I am prepared for this fight to go full five rounds as well,” he concluded.