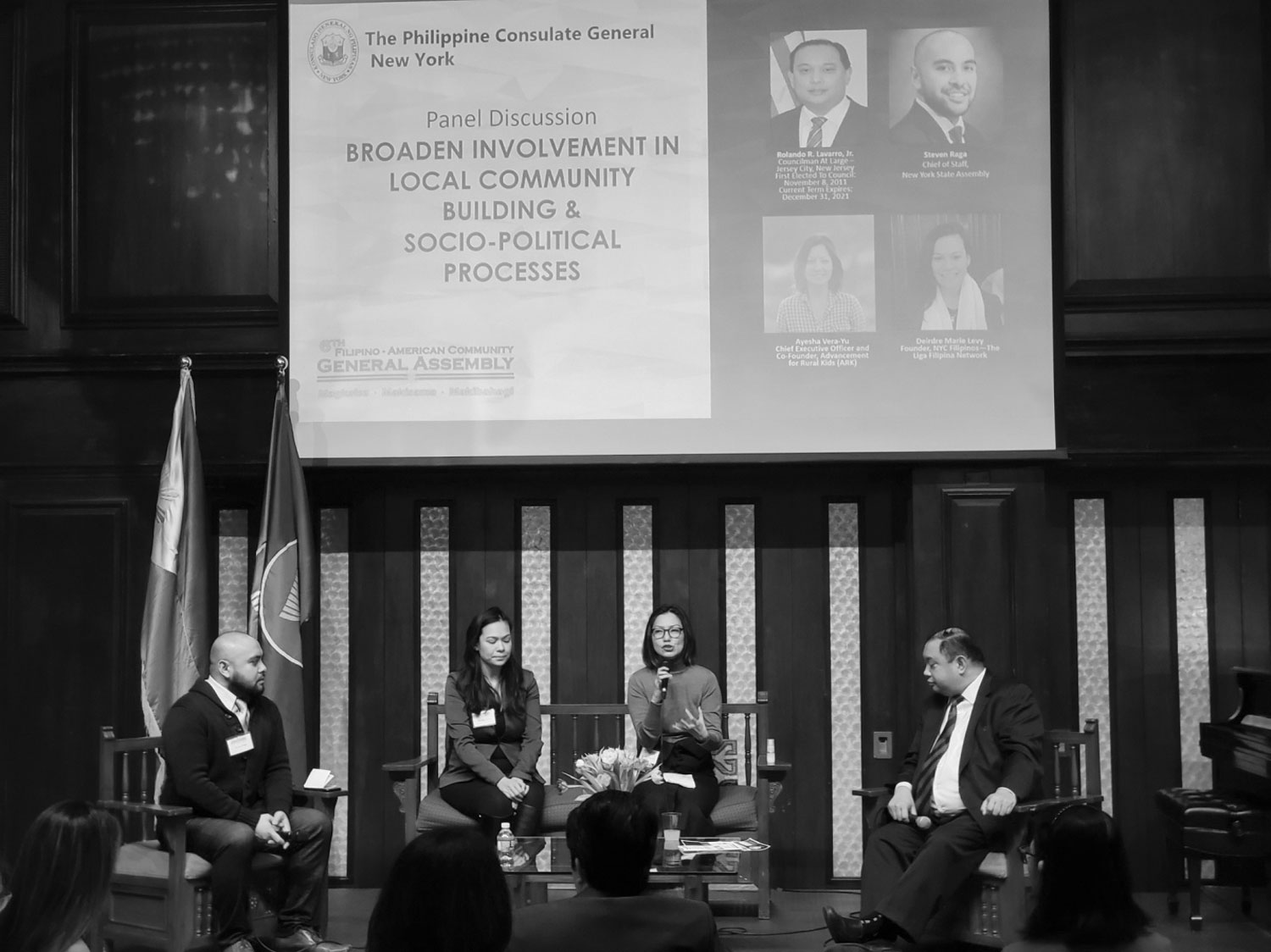 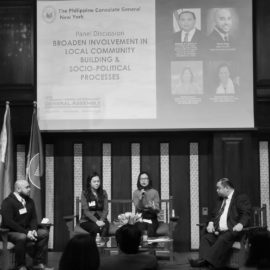 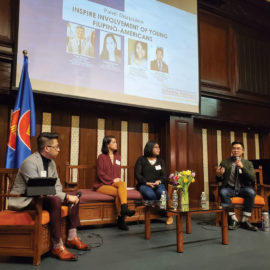 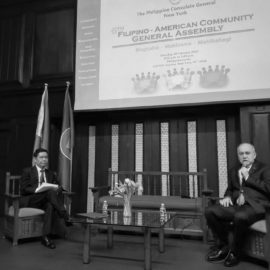 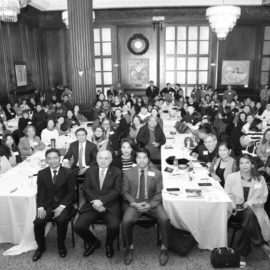 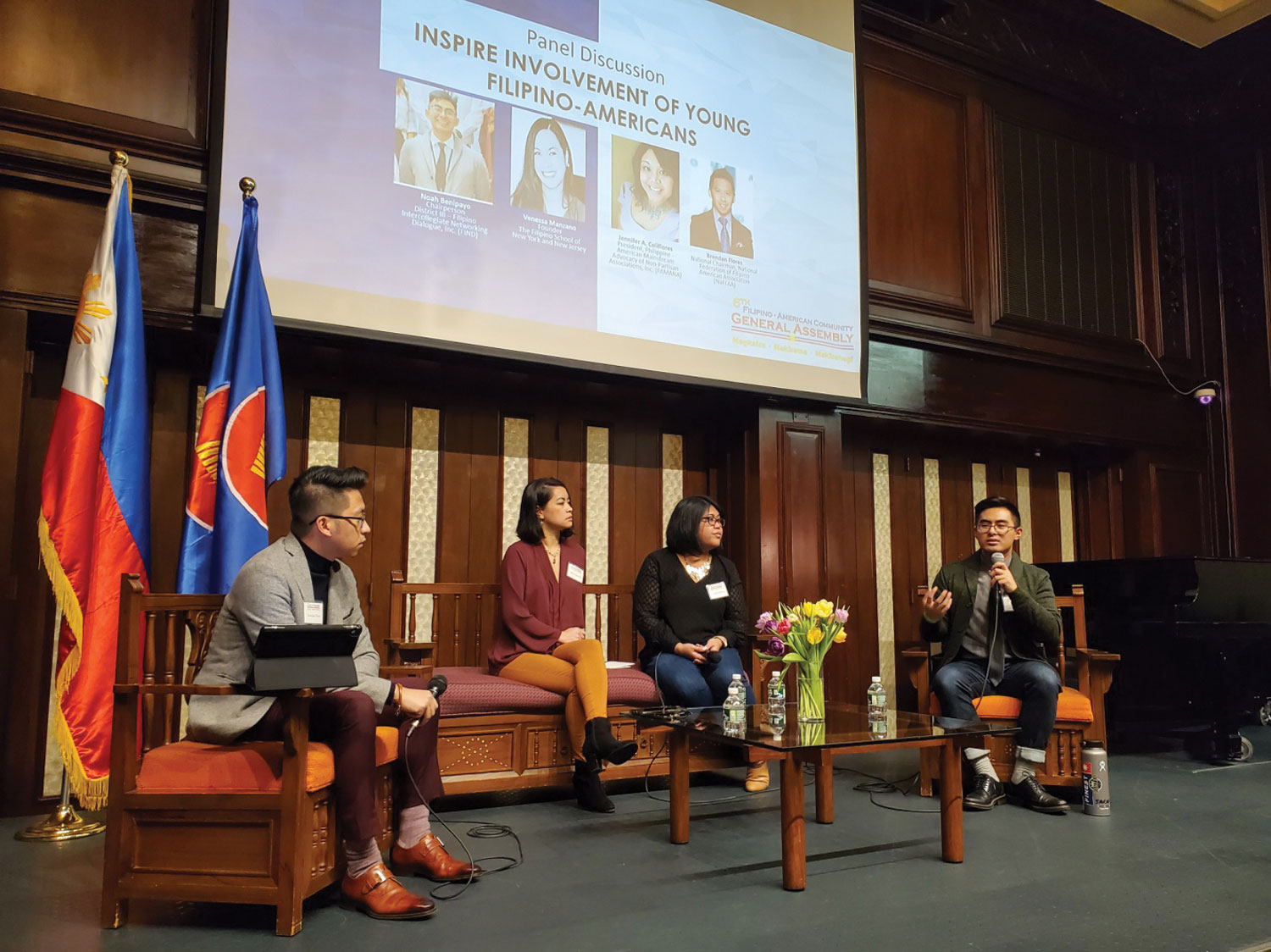 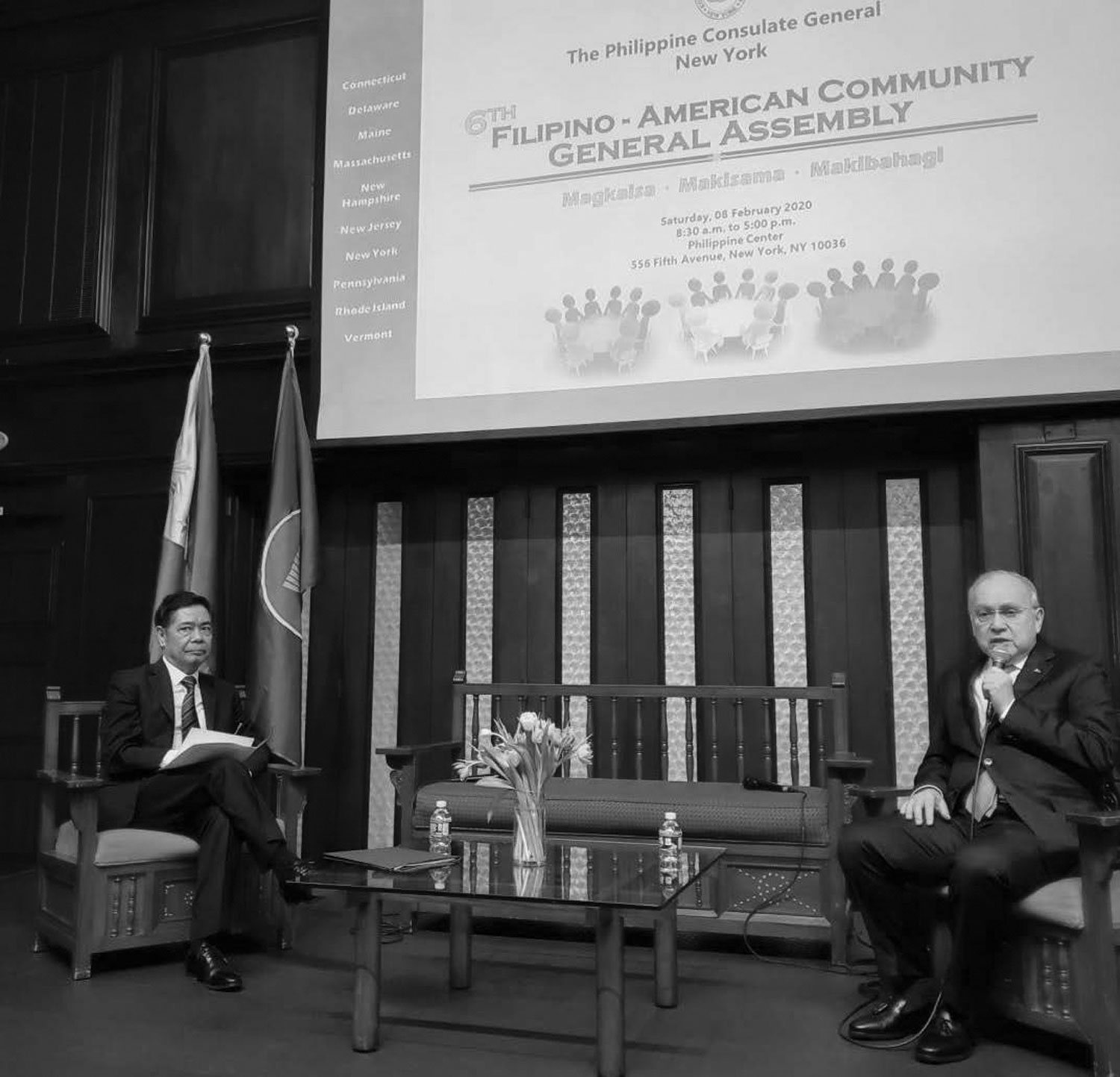 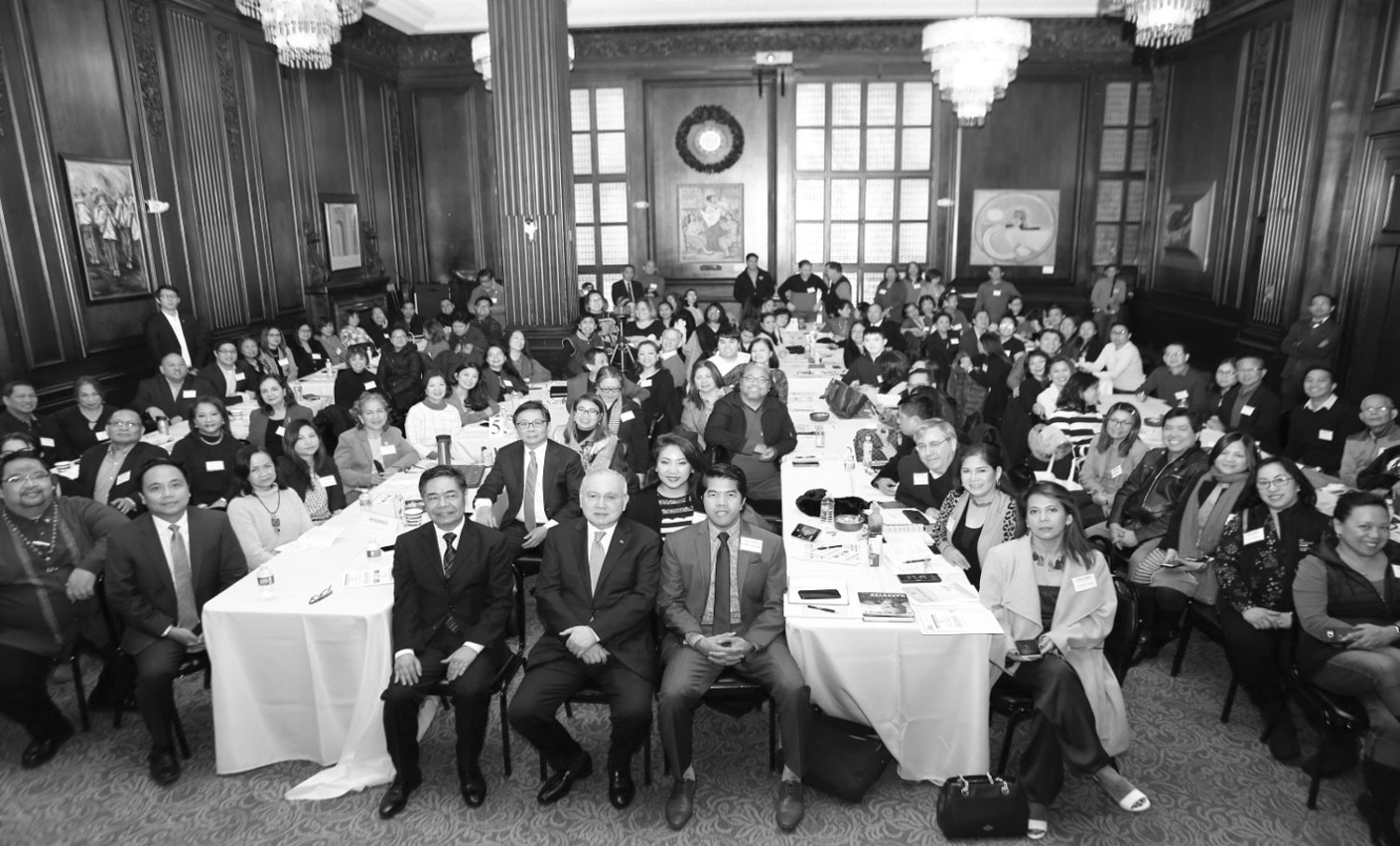 Philippine Ambassador to the US Jose Manuel Romualdez (front, center) and Consul General Claro S. Cristobal (3rd from the left) with Fil-Am Community leaders under the jurisdiction of PCG New York during the General Assembly. | Photo by Mr. Michael Azucena

“Sometimes we have discussions and misunderstandings on some issues, but at the end of the day, Filipino ka pa rin and you should be proud of that,” Ambassador Romualdez added.

Ambassador Romualdez likewise talked about the strong bilateral relations between the Philippines and the United States, and discussed the vibrant democracy and fully functioning legal processes in the Philippines.  He emphasized the importance of sovereignty and of the need for the Philippines to be a strong, self-sufficient country.

Consul General Claro S. Cristobal presented to the community a report on the highlights of the accomplishments of the Consulate in 2019, including the new programs that were initiated like the Post Arrival Orientation Seminar (PAOS) for newly-arrived school children and their family and entrepreneurship training for Filipino women.  The Consul General said that last year, the Filipino Restaurant Week, one of the major projects of the Consulate, expanded to Massachusetts, Washington DC, Virginia, and Maryland with the participation of the Philippine Embassy.

Consul General Cristobal likewise presented the Consulate’s calendar of programs and activities for 2020 including the consular outreach and Consulate Saturday schedules.  He underscored the importance of participating in the census, both in the US and in the Philippines, and encouraged the leaders to be involved in complete-count efforts of the community.  He also provided the latest update on the COVID-19 situation in the Philippines and in New York.

In the afternoon of the full-day General Assembly, two panel discussions highlighted issues important for the Fil-Am community.  The first panel tackled the topic “Inspiring Involvement of Young Filipino-Americans” and explored the issues facing young Fil-Am leaders and how they can be more involved in community matters.  The panelists were Mr. Noah Benipayo, Chairperson of Filipino Intercollegiate Networking Dialogue (FIND) District 3, Ms. Jennifer Coliflores, President of Philippine-American Mainstream Advocacy of Non-Partisan Associations (PAMANA), and Ms. Venessa Manzano, Founder of The Filipino School of New York and New Jersey.  The panel was moderated by Mr. Brendan Flores, National Chair of National Federation of Filipino American Associations (NaFFAA).

Mr. Jose Aguiling of the New York Regional Census Center discussed the 2020 US Census including the timelines and how to accomplish the forms.  His team distributed flyers and information materials to the participants of the General Assembly.

During the General Assembly, Consulate officials gave a briefing on what to do in cases of emergency and security-related events in their respective areas. Updates and reminders on consular requirements and processes were also provided.

Cayetano on best time to tackle ABS-CBN franchise: After SONA

Ambassador Romualdez: The alliance between PH and US is very strong

Romualdez: Duterte visit to US appropriate after return of Balangiga bells