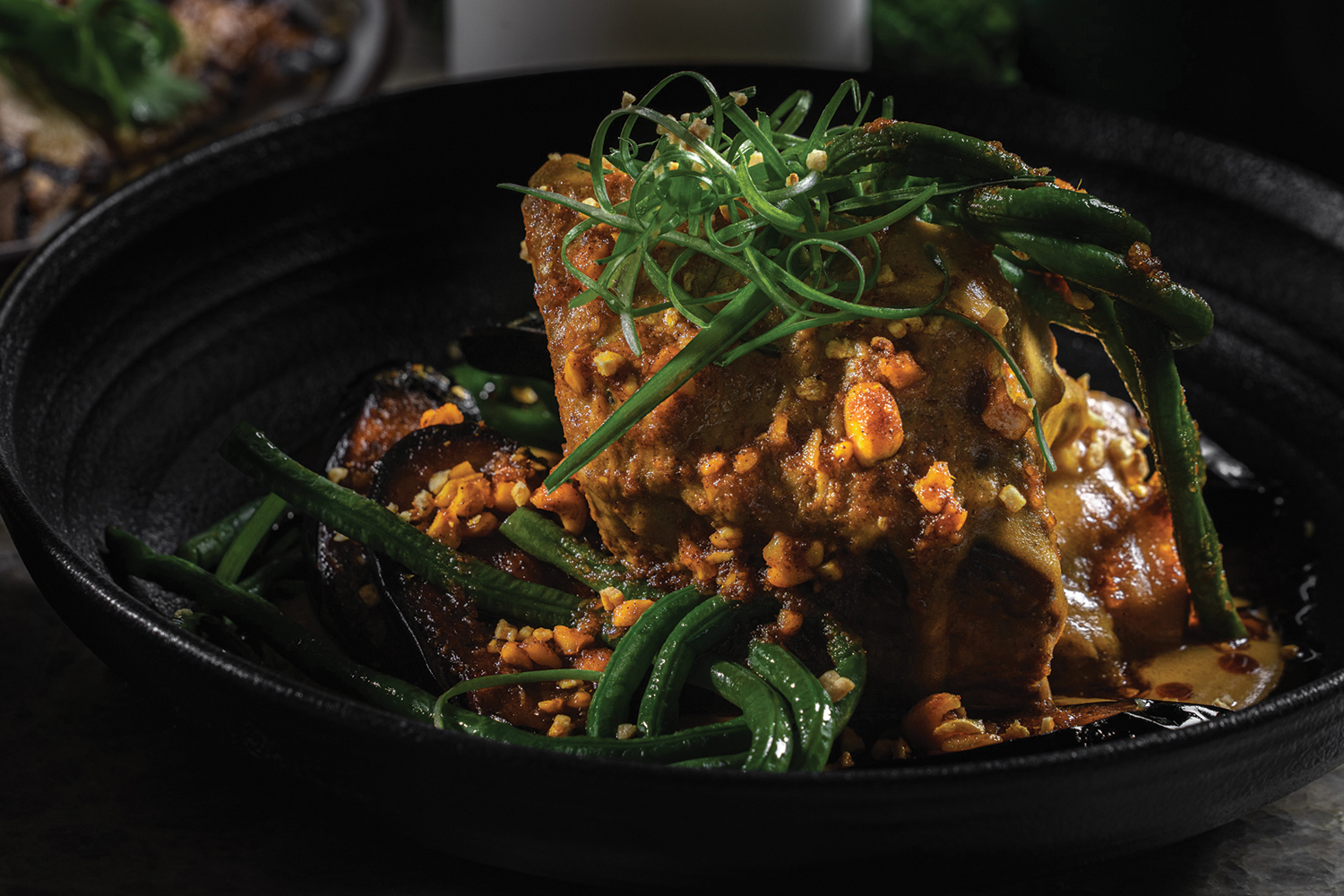 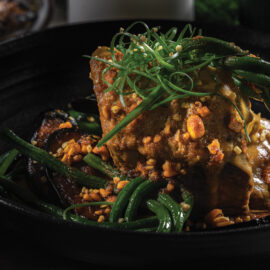 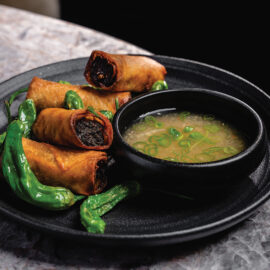 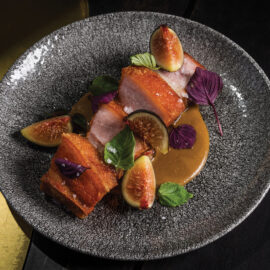 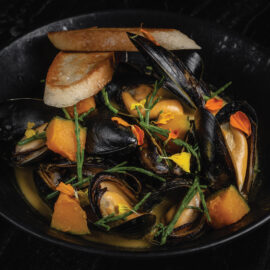 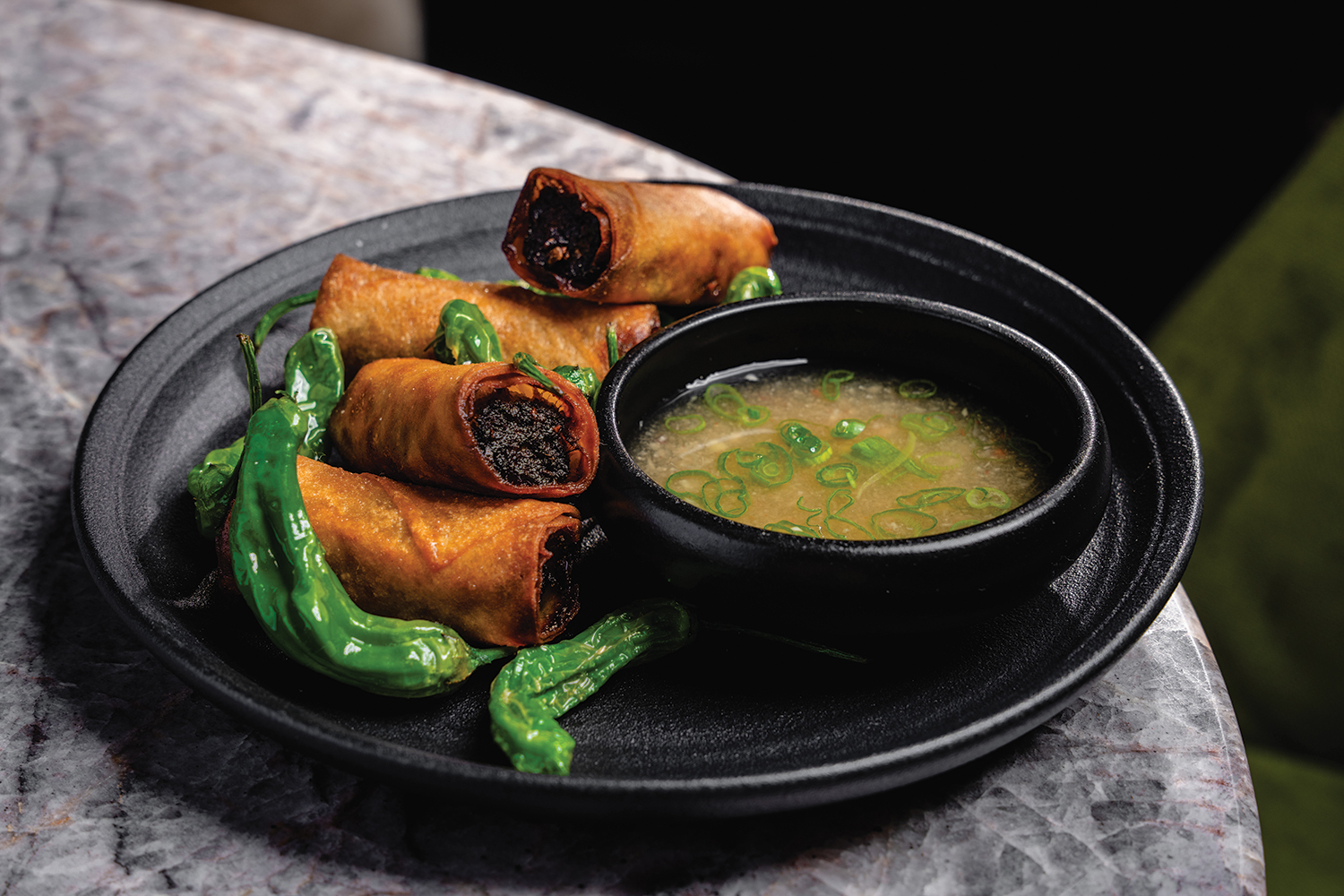 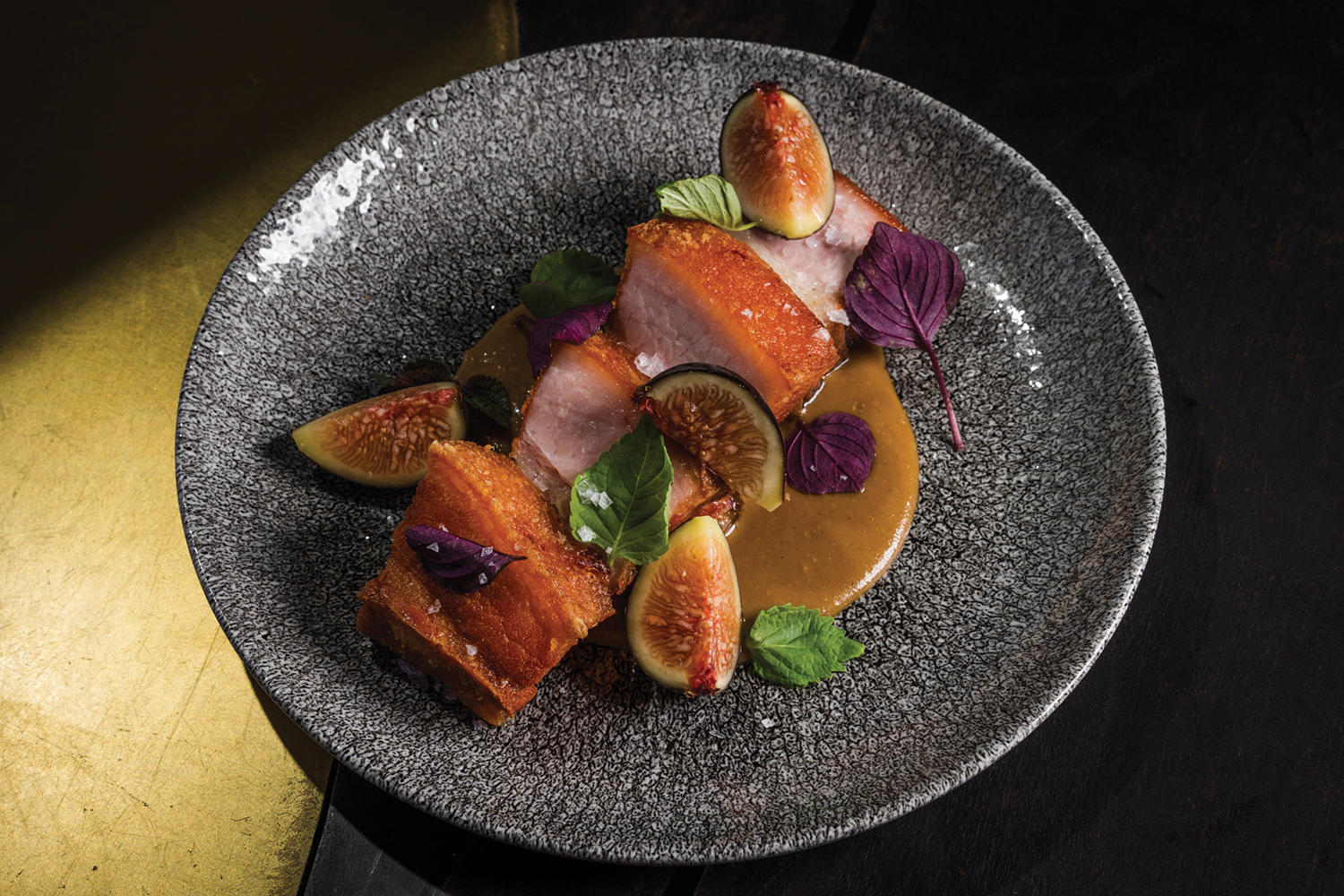 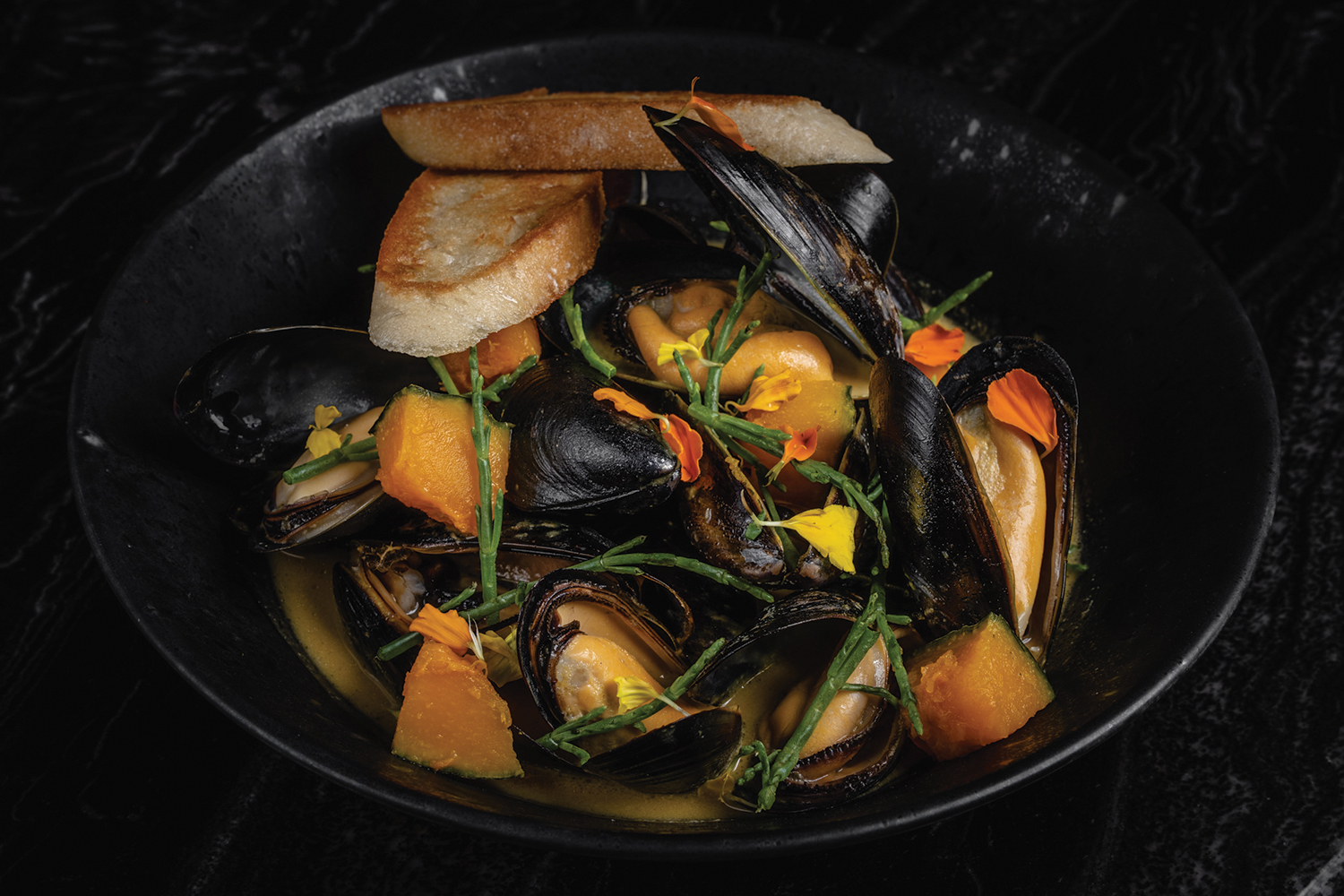 Meet Filipino American Chef Tara Monsod, who celebrates her life as an LGBTQ Filipina and her culture as she shines a light on Filipino flavors in the city home to the second-largest Filipino American population in the United States today.

Chef Tara is the Executive Chef at Animae, a renowned Asian fusion restaurant and steakhouse in San Diego that serves Japan’s finest A5 wagyu beef. As the restaurant’s Executive Chef for almost two years now, Chef Tara offers guests a journey into her upbringing with Filipino dishes and flavors from her childhood, with a refinement that includes a Wagyu steak program and dishes from across Asia.

Chef Tara grew up enjoying and cooking Filipino food with her family. Her Mom, having immigrated to the U.S. when she was thirty, held on to many traditional Filipino values, instilling those in her family.

Her culinary journey has brought this former almost-nurse to a position with a platform to further raise the stakes and introduce more Filipino dishes and ingredients to mainstream America. Chef Tara has worked in some of the big-named restaurants including Richard Blais’ Juniper & Ivy, Brian Malarkey’s Herringbone and Burlap, and Nancy Silverton’s Mozza Pizzeria to prepare her for her first executive chef post.

“It’s been a humbling experience. Being a chef isn’t easy by any means, it’s hard but incredibly rewarding,” Tara told the Asian Journal. “I’ve worked from the bottom up and continue to learn and grow every day.”

It is not lost on her that working at Animae has given her both a chance and a privilege to show more about her culture and upbringing and with her at the helm, the restaurant’s menu has become a reflection of her journey so far.

“It’s an opportunity to put Filipino food in a fine dining environment,” she shared. “Filipino food is typically seen as street food, so to be able to put it in a dining room like Animae’s is changing the perspective of how our cuisine is seen.”

In this Q-and-A with Chef Tara, the first-generation Filipino American reveals how her parents got worried and upset when she came out and when she told them she was skipping nursing school.  Chef Tara also shares her home-friendly recipe for Tinola, her favorite comfort food to make for her wife.

How do you see yourself five years from now?

I want to be one of the chefs that are responsible for putting San Diego food on the map, especially Filipino food.

Was there a specific moment in your life when you realized that you wanted to be a chef?

Before I started my journey as a chef, I was in nursing school and unhappy. It wasn’t until my cousin said to me, “All you do is talk about food and cooking. Why don’t you go to culinary school?” It was what I needed to hear.

Who do you consider as your mentors in the business?

Anthony Sinsay* and Peter Balistreri.  (Editor’s Note: *According to the San Diego Union Tribune, Anthony Sinsay was known for championing local causes and supporting local farmers and fishermen. He was among a small army of Filipino chefs who began raising the profile of Filipino food by incorporating the cuisine into menus at some of the region’s high-profile restaurants, similar to what Chef Tara has done at Animae. Chef Anthony was diagnosed in 2019 with a late-stage form of a rare cancer. He died in May 2021 at the age of 37 and left behind his wife Elyse amd two young children.)

How would you describe working with notable chefs and restaurateurs Richard Blais and Nancy Silverton? What important lessons do you learn from them?

Working at both restaurants, I learned a lot about technique and building flavors.

How would you describe your childhood?

We were a commuter family. I grew up in Palmdale but my parents worked in the city, so we would always eat at different places. One day we would be eating Filipino food in the valley, the next day Mexican food in Boyle Heights.

What was your parents’ reaction when you came out?

They were nervous and scared because they were worried people wouldn’t accept me.

What was your parents’ reaction when you told them you wanted to be a chef?

My parents were upset, mainly because they didn’t think being a chef was a real career. At the end of the day, they want me to be happy and have supported me every step of the way.

What were the first dishes you included on Animae’s menu when then-executive chef Nate Appleman encouraged you to develop some dishes for the menu? What was your initial reaction when he told you to start developing dishes?

The Short Rib Kare Kare and Wagyu Lumpia were the first dishes I added to the menu when Nate Appleman was the Executive Chef. I was excited when he asked me to develop dishes for the menu, it was an opportunity to feature Filipino food. (Editor’s Note: The current menu offers tuna kinilaw, lechon kawali, Batangas kaldereta and chicken inasal.)

I heard Filipinos actually drive from LA just to eat at Animae, how does that make you feel?

I was born and raised in LA, so it’s an honor to know that Filipinos are driving 2 hours to eat at Animae.

How would you describe the culture at Animae?

The culture at Animae is special. Culture is everything, it’s about the team working together for something they believe in. There’s no ego.

What is your ultimate dream?

To be able to take care of my family and my team. To support my community and continue pushing the culture forward.

What are your favorite Filipino dishes to cook? To eat?

Adobo and pancit are both gateway dishes to Filipino cuisine. What other dishes do you think deserve to be known by the industry and the eating public and why?

Sinigang is a staple in every Filipino household and is the perfect balance of sweet, sour, and salty. It’s also such a comforting dish to eat and feels like a hug to your insides.

Where do you think Filipino cuisine is now versus where it was when you were starting in the industry?

Filipino cuisine is having a renaissance moment right now. This generation of Filipino chefs are proud of their culture and unapologetic. It’s beautiful to see because when I first started in the industry, there were only a few chefs that were cooking Filipino food at this level, it was mostly mom and pop shops.