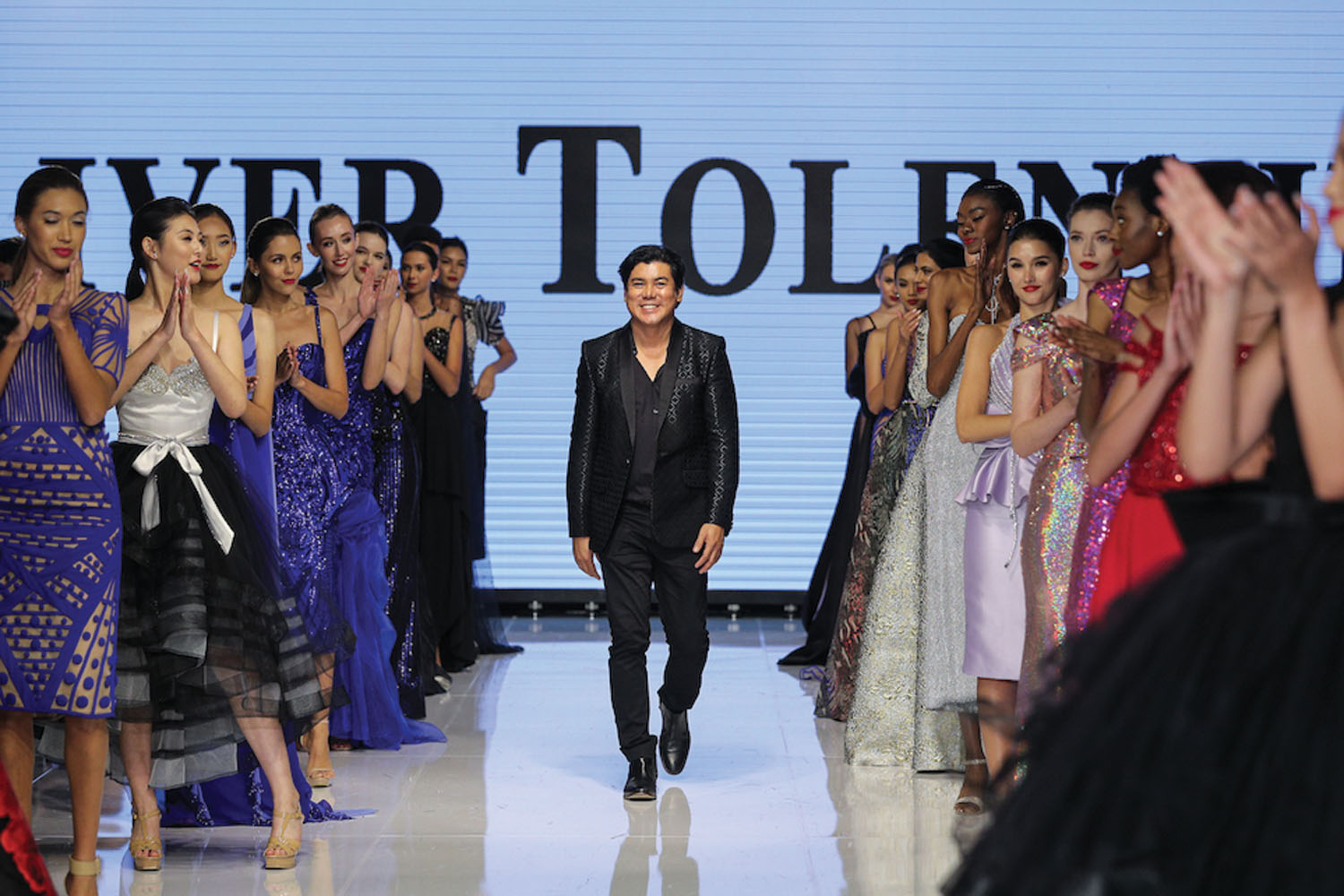 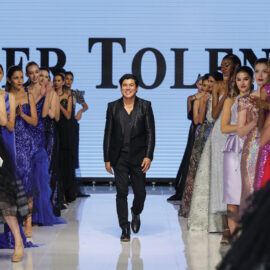 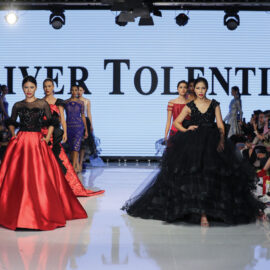 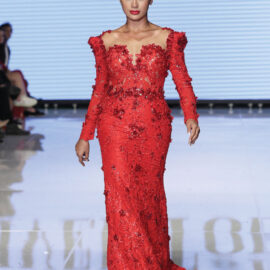 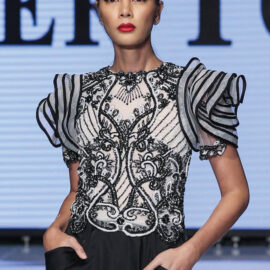 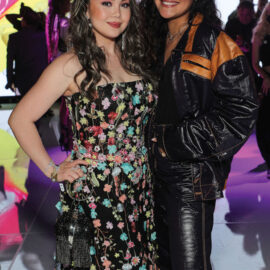 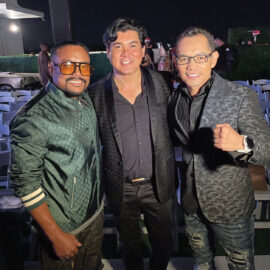 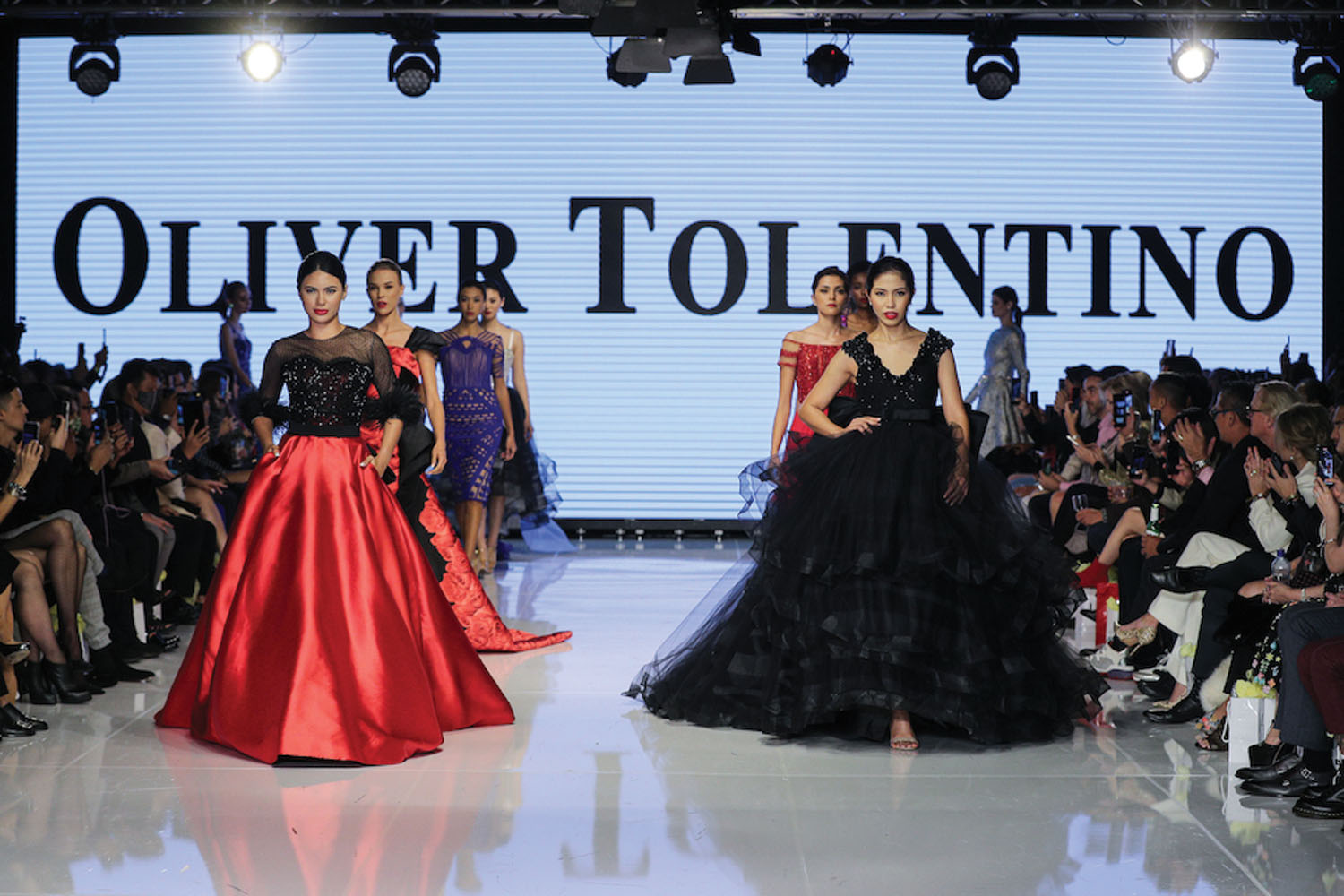 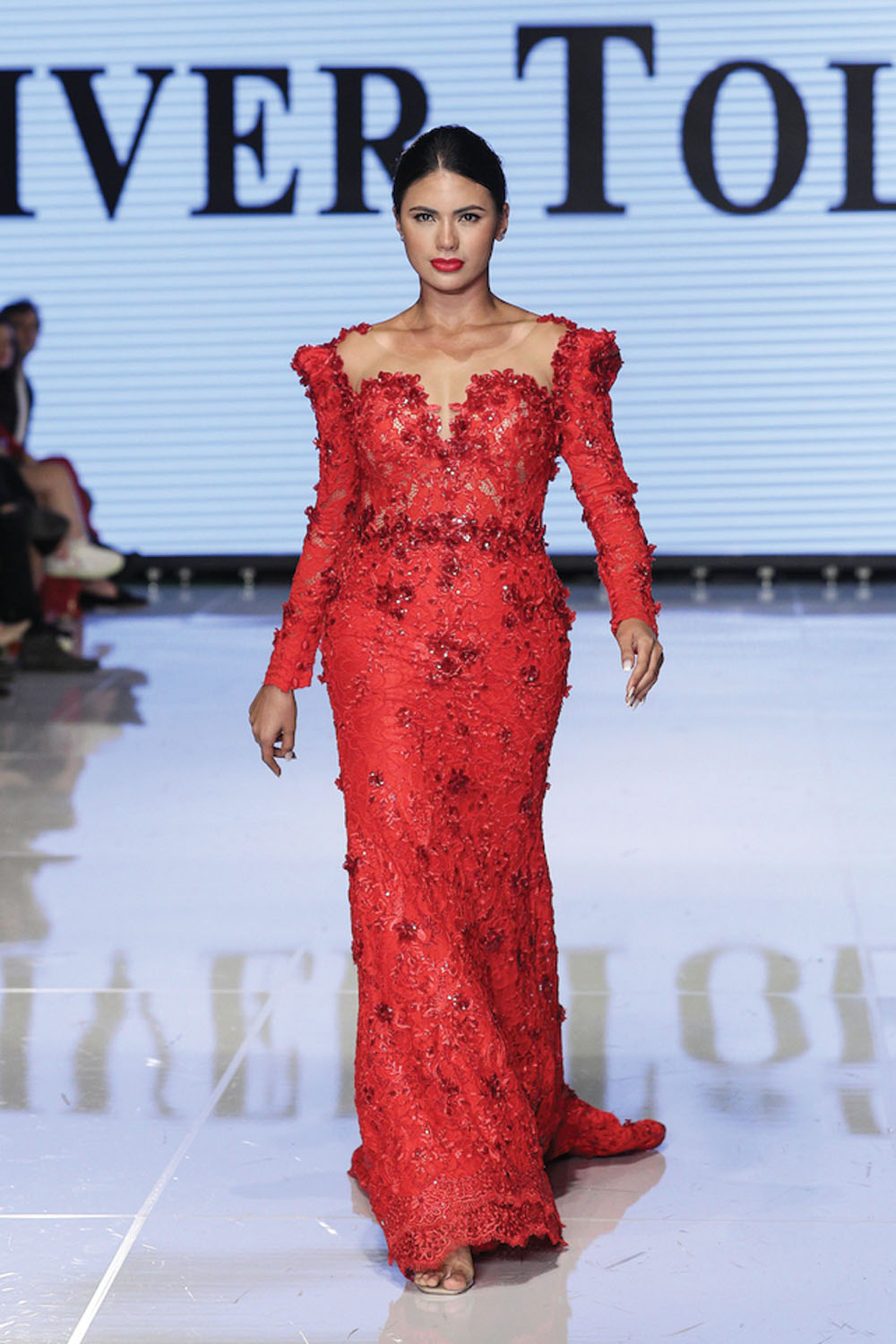 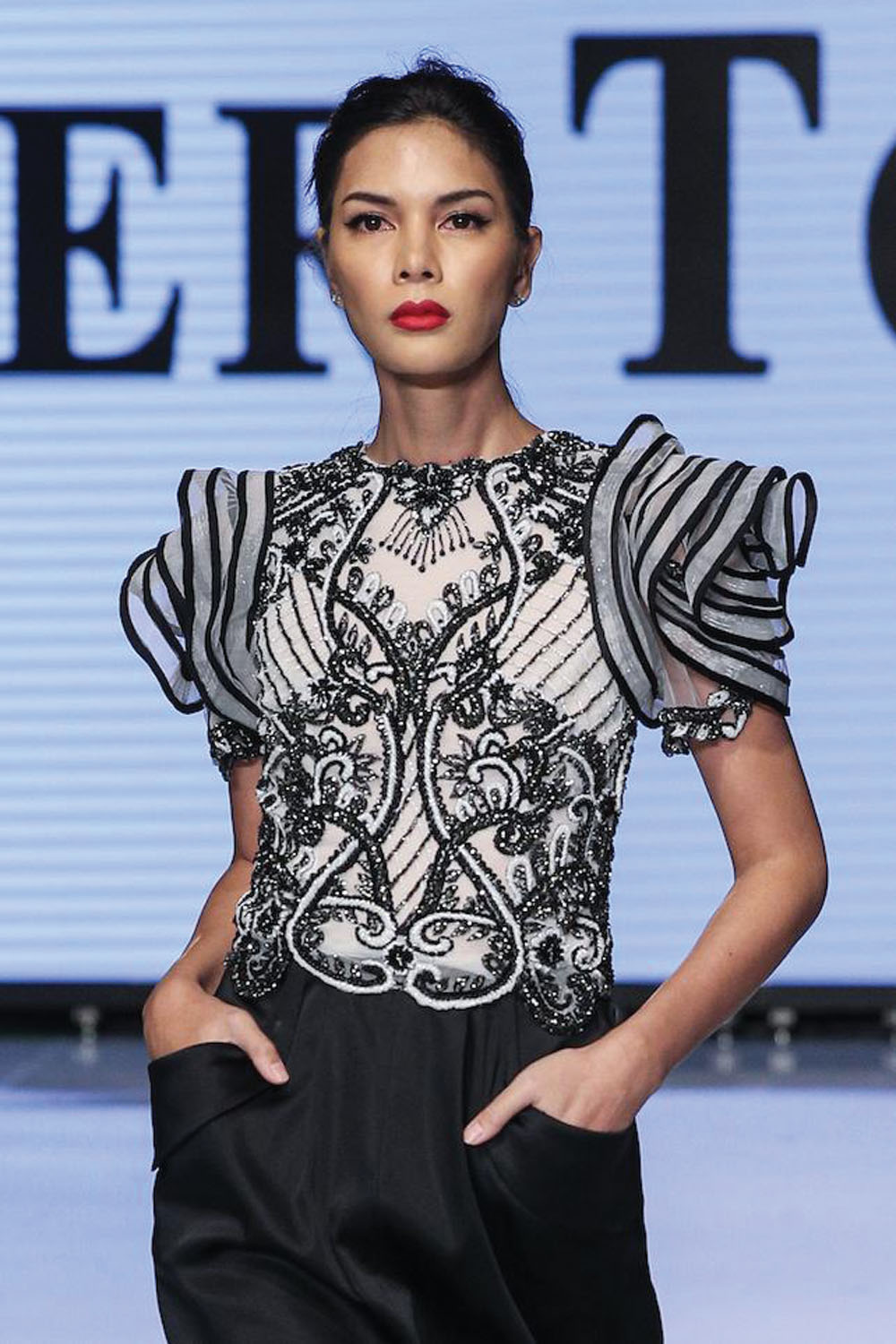 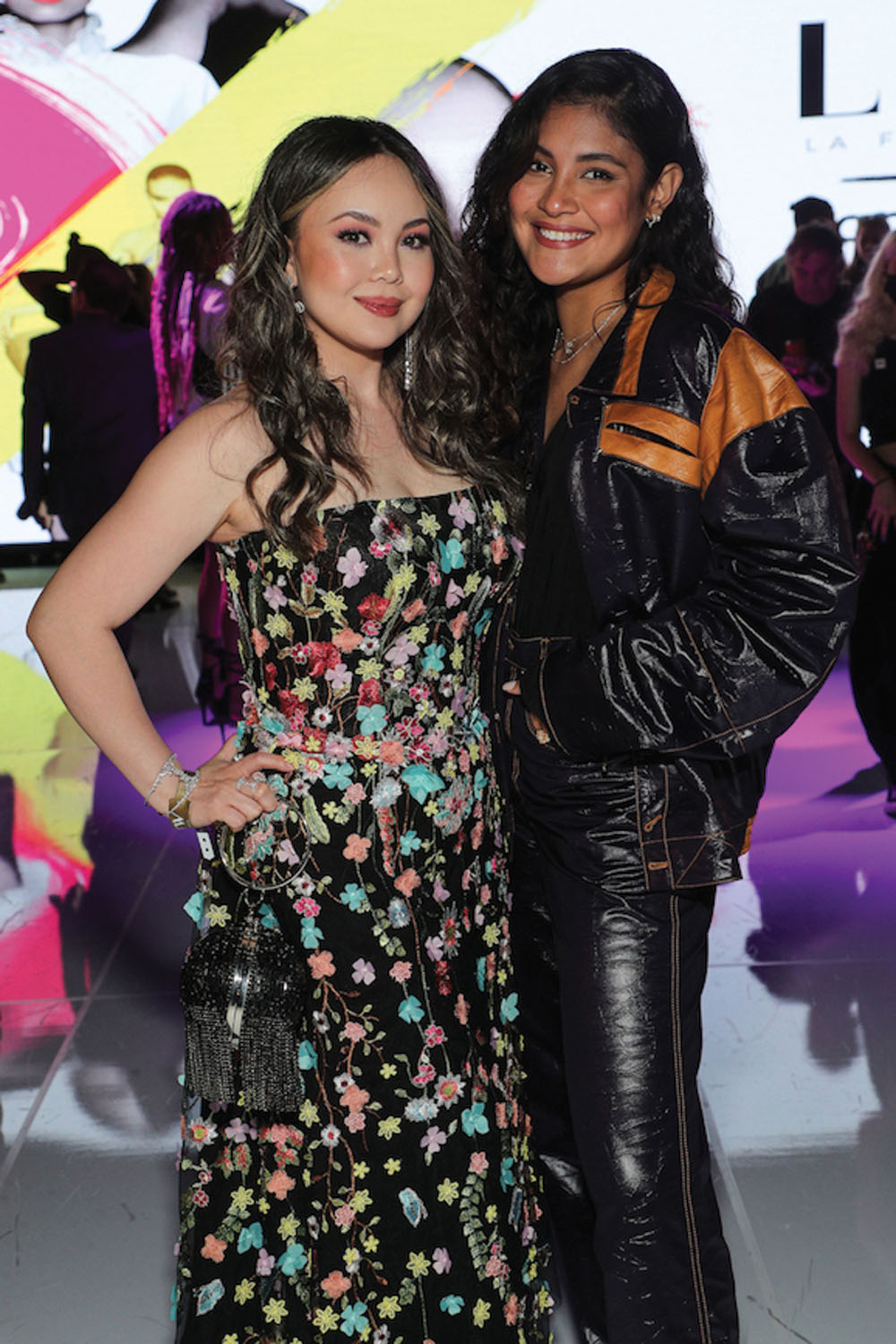 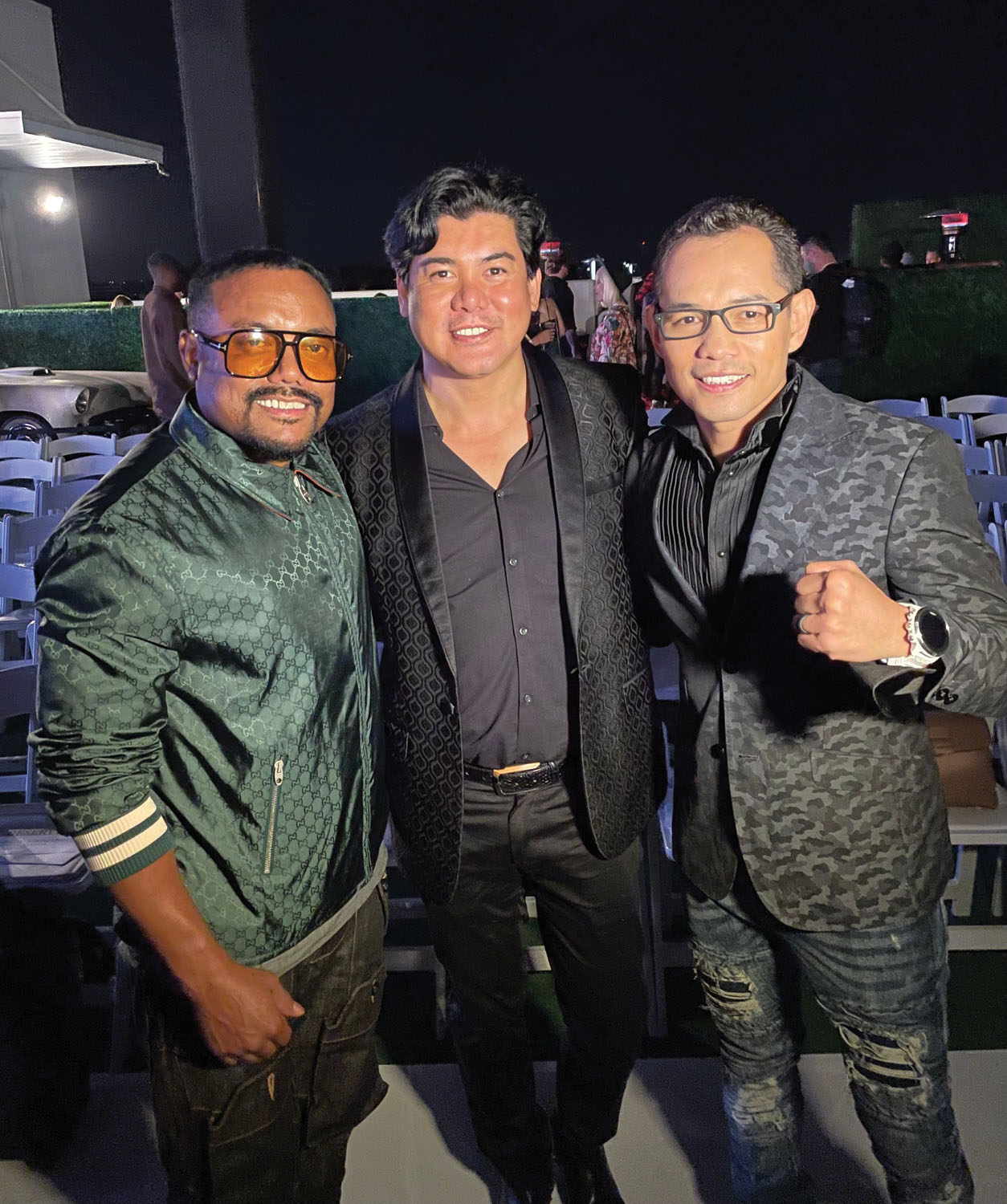 Apl.de.ap, Nonito Donaire and Tolentino after the show | Photo by Andrew Caruthers

Tolentino presented a 33-piece couture collection on the rooftop of the Peterson Auto Museum, with its landmark red racing stripe façade, for the closing show of LAFW’s red carpet night.

Tolentino kicked off the show with his muse and former Supermodel of the World Philippines, Tutay Maristela, vamping solo on the runway in a bright red ball gown with a beaded bodice and thousands of hand-cut rosettes. Gazini Ganados (Miss Universe Philippines 2019) stepped out in a modern bright terno and surprised many with her LA runway debut.

Tolentino showcased his style of old Hollywood glamour with intricate couture details and top-notch finishing. He presented beautiful sequined column gowns in pink hues, followed by difficult to make outfits in gold and silver chain mail, including a silver gown one with layered peplum at the hip and a high slit. Another notable look was an impressive structured bell skirt mini dress out of silver chain mail, modeled by Tutay.

Blue dresses followed in sequins, beads, and hand-cut flowers, as well as side peplums and geometric layered strips. In a final segment of black dresses, Gazini modeled a gown with a black fully-beaded bodice and shimmering red ball skirt. Tutay closed in a black multi-layered voluminous tulle skirt gown that had hints of white horsehair underneath.

The collection was well received and featured enough requisite bling, while staying true to elegant old Hollywood glamour, worthy of any red carpet, and making it a hugely successful night for the designer.

[COLUMN] When is the best time to sell my house?