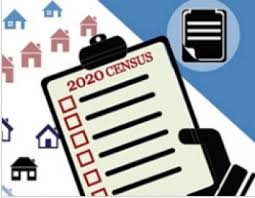 In an effort to combat an undercount of the Filipino community, Filipino American leaders in the Los Angeles area have established a new outreach endeavor to ensure a full count of Filipino residents in the United States in the 2020 census.

On a bright morning in Unidad Park in Historic Filipinotown, the Filipino Complete Count Committee of LA County (FCCCLC) was launched on Saturday, October 12 with the comprehensive mission to increase Filipino participation for the decennial count scheduled for April 1, 2020.

“We need to make the concerted effort to count every single member of our Filipino community,” Executive Director of the Pilipino Workers Center (PWC) and co-chair of the FCCCLC Aquilina Soriano Versoza said at the committee’s launch.

Distributed to every household in the U.S. every 10 years, the census survey asks the following: the name, sex, age, dates of birth, race of every person living at that address and the relationships of everyone in the house to one central figure, usually the head of the household.

Soriano Versoza emphasized the significant relationship between the census count and federal funding as a major influence on the committee’s genesis.

According to data retrieved from the 2018 American Community Survey, there are more than 4 million Filipinos in the United States. California is home to 1,651,933 Filipinos, making the the largest Asian and Pacific Islander group in the Golden State; Los Angeles County alone has more than 400,000 Filipinos.

An accurate count is tantamount to how the estimated $675 billion of federal funds is diverted to states and local communities every year. The federal funding determined by the census also affects the number of representatives each state gets in the House of Representatives and the ways in which federal, state and local districts are drawn every year.

“If [the Filipino community is] undercounted, then the government doesn’t see as much of a need to put resources toward infrastructure like streets or parks that serve those communities,” Soriano Versoza noted.

“We are making the argument that our community needs these dollars and they deserve these dollars, but if we don’t have an accurate count, then it makes it really hard for us to advocate for as much resources as we actually should be getting,” Soriano Versoza explained.

Historically, Filipinos have been one of the hardest-to-count communities. Soriano Versoza noted that undocumented Filipinos often don’t complete a survey for fear that their immigration status will be used against them.

But Ivy Daulo, partner specialist at the LA Regional Census Center emphasized that census responses are confidential by law and will not be shared with any other government agencies.

Additionally, the Trump administration’s proposal to ask a question about citizenship on the next census has been blocked by federal judges; as of press time, that question will not be on the 2020 census.

At the end of Saturday’s launch, members of the Filipino community in the Greater Los Angeles area signed a resolution establishing the committee and promising to encourage greater Filipino turnout at the 2020 census.

“No other API committee I’ve observed is as organized and diligent with meeting twice a month and getting work done,” Artesia City Councilwoman Melissa Ramoso told the Asian Journal, noting that the LA committee was established after Nevada’s Filipino American community established its own complete count committee.

“We have to set the precedence for our Filipino and API communities,” Ramoso affirmed. (Klarize Medenilla/AJPress)

US Census 2020 results: America is more diverse, multiethnic than ever