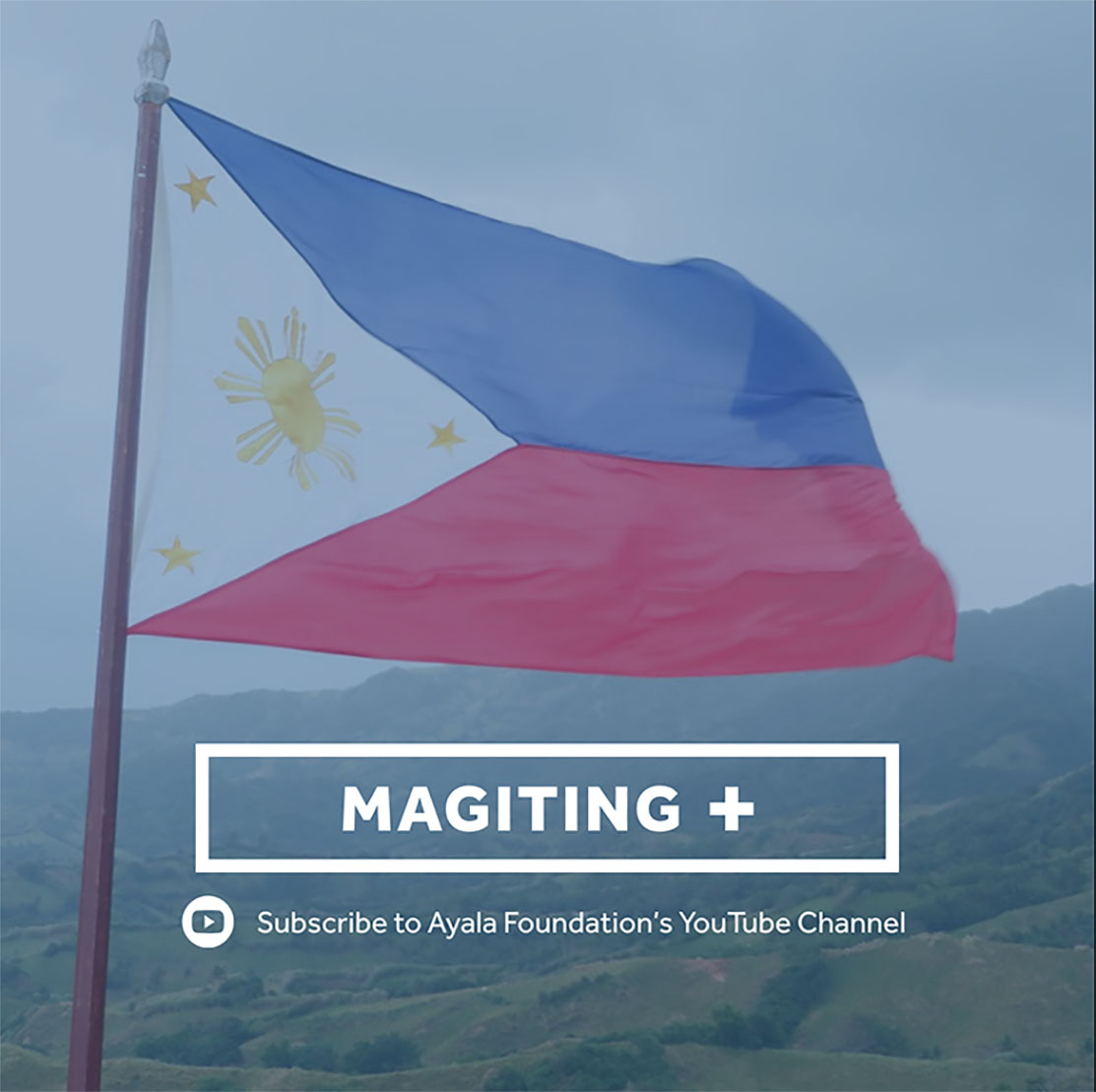 In celebration of its 60th year, Ayala Foundation has kicked off “Magiting+,” a YouTube video series that shows various facets of kagitingan—valor or courage—throughout Philippine History.

Featuring selections from the Ayala Museum’s beloved “Dioramas of Philippine History” and the Filipinas Heritage Library’s Retrato Collection of vintage photographs, “Magiting+” takes a close look at key events in Philippine history or specific aspects of Philippine culture in its first season, composed of 10 short episodes.

With the help of historians, cultural workers, and other advocates of Philippine history and culture, “Magiting+” explores various expressions of kagitingan throughout history and finds ways these can remain both relevant and resonant at present. More often than not, stories of kagitingan emerge as a result of ordinary Filipinos stepping up—in extraordinary and inspiring ways—to various challenges faced by the nation.

Produced in partnership with the Department of Education, the National Historical Commission of the Philippines, and Chooks-to-Go, “Magiting+” aired its first episode on March 12, featuring the very first books published in the country, while also highlighting the strongly established systems of writing before the arrival of Spanish colonizers.

The second episode aired on March 26, featuring the short-lived “Malolos Republic.” While the Philippines’ assertion of its status as the first constitutional republic in Asia did not last long, it remains a testament to Filipinos’ capacity for self-governance, and their strong belief in democracy, equality, and the rule of law.

On April 9, in commemoration of Araw ng Kagitingan, “Magiting+” airs its third episode, featuring the heroism of Filipino soldiers during the Battle of Bataan and the Death March during World War II. Although tens of thousands of Filipinos died during this dark period of Philippine History, it is also important to note that their courage, perseverance, and strength allowed them to keep on fighting for our country, keeping the Japanese Imperial Army at bay for at least 50 grueling days. 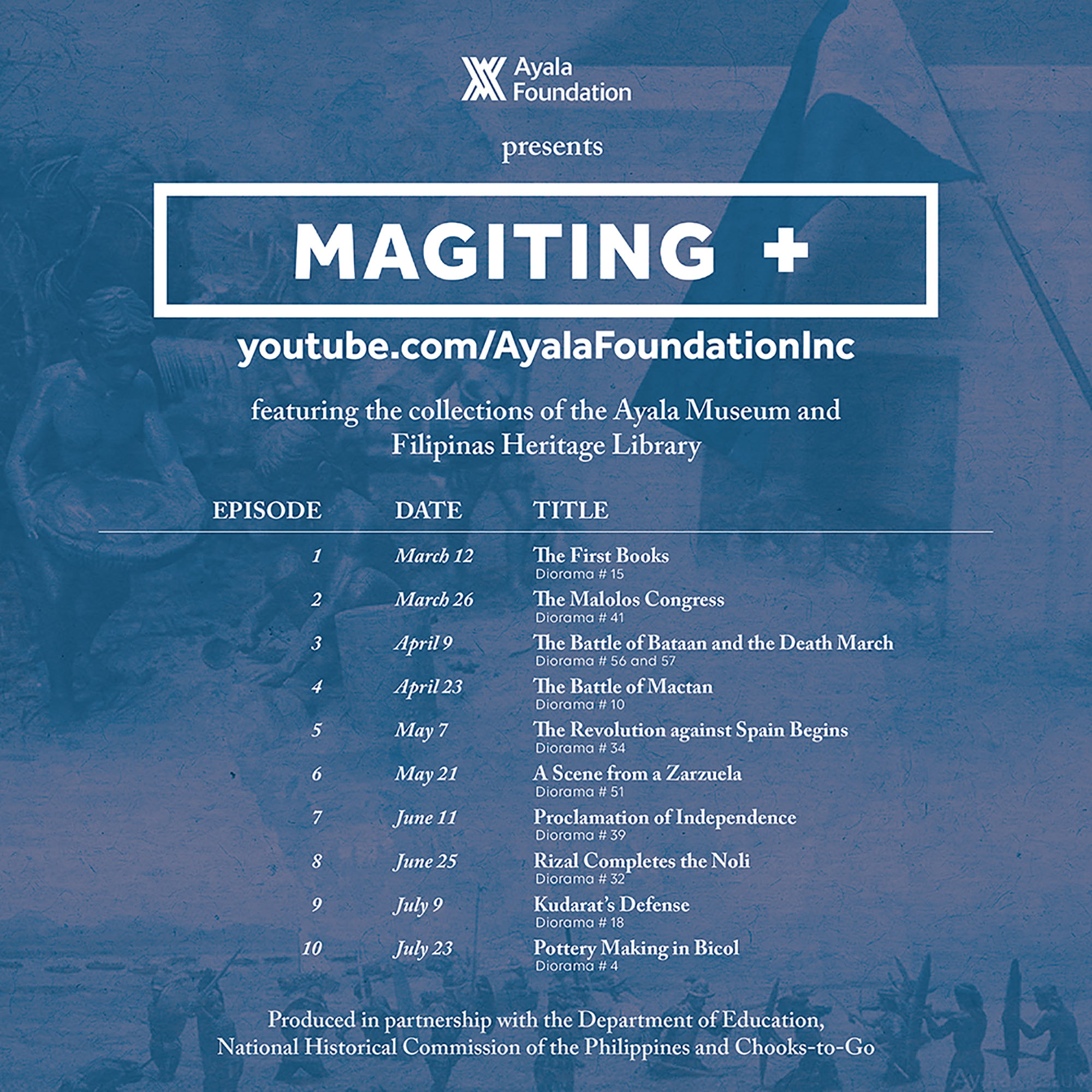 The seven remaining episodes will cover such subjects as the Battle of Mactan, the story of Sultan Kudarat, and the use of the sarswela as a form of protest.

The first few episodes of “Magiting+” are currently streaming on Ayala Foundation’s YouTube channel (youtube.com/AyalaFoundationInc). A new episode premieres every other Friday at 5 p.m. until July 2021.

For 60 years, Ayala Foundation has been serving communities all over the country through programs that promote education, sustainable livelihood, and love of country. “Magiting+” serves as an expression of Ayala Foundation’s continued faith in the Filipino.

As the social development arm of the Ayala group of companies, Ayala Foundation envisions communities where people are creative, productive, self-reliant, and proud to be Filipino. Ayala Foundation is committed to community development, working closely with communities in identifying compelling developmental needs and providing suitable solutions with measurable outcomes. Its main program areas are Education, Community Leadership, Suitable and Sustainable Livelihood, and Arts and Culture.