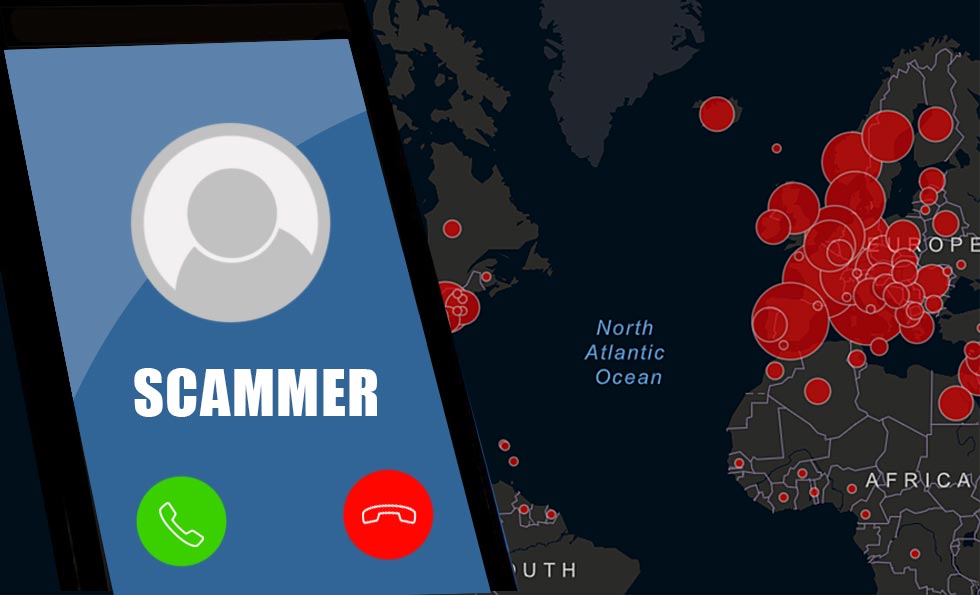 AS the pandemic continues, individuals are advised to stay vigilant against the COVID-related scams currently spreading — from websites peddling fraudulent virus cures to calls pretending to be contract tracers to generous aid promising to clear debt.

To date, the U.S. Federal Trade Commission has received over 206,000 consumer complaints, and recorded some $146 million in losses.

Scams related to online shopping make up a majority of the reports from Riverside and San Bernardino counties, according to the FTC.

“That is what keeps me up at night. At a time when so many people are experiencing income insecurity, nobody can afford to lose any money,” said Monica Vaca, associate director for the Division of Consumer Response and Operations in the FTC’s Bureau of Consumer Protection, during a recent press briefing. “And yet the data we have shows that people are reporting losing more than $146 million on COVID and stimulus-related problems.”

Further, individuals have complained about receiving text messages with a hyperlink that says they have a package waiting for them. However, experts advise that the link may contain malware or may phish for information.

“We don’t know — is there malware in there or is this a link that’s going to take you somewhere to ask for your personal information?” W.J. Murdoch of the FBI said.

With individuals being laid off or furloughed from work, it puts them in a vulnerable position to look for other employment opportunities, especially those that allow them to work safely at home. But officials advise prospective employees to be cautious if a job seems too good to be true.

“These con artists are preying on people who are already down. We’re seeing a lot of reports about phony job offers, where you’re pitched a job as a mystery shopper or as a clerk or to have advertising on your car. And often people think that they’ve landed some kind of a job only to find out later that they were being scammed,” Vaca said.

One such scheme is the “fake check” scam where individuals are promised that they can work from home and receive a check in the mail. But then, individuals end up with their bank accounts wiped out once they deposit the check, she added.

Despite the alarming number of reports to the FTC, Vaca is hopeful that thousands more Americans can avoid being scammed if they hear about the different schemes out there.
“Research that was released last year shows that people are 80% more likely to avoid losing money if they have heard about the scam before,” Vaca said.

Fraudsters will often follow what’s newsworthy and build their schemes around what people are paying attention to, said Maricela Segura, regional director of the FTC’s western region Los Angeles office.

Early on, the FTC tracked over 275 companies that were making false claims of treatment and cures related to COVID-19, and caught scammers promising stimulus checks and other small business relief programs, and to help individuals get out of debt.

“Sometimes scammers are posing as part of a federal program that’s built to assist people to get out of debt. They will sometimes ask consumers to pay money in order to get a stimulus check,” Segura said, adding that under the CARES Act, individuals did not have to shell out money in order to receive assistance.

Further, the commission has received complaints about individuals receiving a call that they’ve come into contact with someone who has tested positive for COVID-19.

“All these folks are attempting to do is to get personal information,” Segura said. “We’re also starting to see scams that are offering to help people who are behind on their mortgage and on other debts all for a very large, upfront fee. Now that’s a red flag of a scam, because such upfront fees for debt relief are illegal under the FTC rules.”

As there is no known cure or vaccine for COVID-19 yet, the rule of thumb that officials are following is whether the Centers for Disease Control and Prevention has issued any guidance around certain remedies.

“Generally speaking, if there’s a claim about COVID and it’s not consistent with something that out there on the CDC public guidance, it’s probably a scam,” said Nick Akers, senior assistant attorney general in charge of the consumer law section of the California Department of Justice.

Segura also advised the public to consider how the information is being disseminated.

“If we hear of a vaccine or a cure, it will be newsworthy,” she said. “You won’t get it in a text or an email from a company trying to sell you something.”

Individuals who believe they have been victimized by a scam are encouraged to report it by using the online form at www.ftccomplaintassistant.gov/ or can report it to the California Attorney General’s office at www.oag.ca.gov/. (Christina M. Oriel/AJPress)

[OPINION] Fellow Fil-Ams: Whether it’s by mail or in person, make sure to vote

Want to buy now but pay later? Read this first