What are the primary generations in our society?

Our society today is composed of five primary generations. Each generation appears to have its own philosophy, goals, values, lifestyle, behavior, work ethics, expectation, and outlook. Some share same characteristics of generations before and after their own. Here are the five generations:

Based on this classification, I belong to the Silent, Traditional, Generation.
But like countless people around the world, I consider myself to be hardly silent, mostly traditional, but not totally, and conservative in many ways, with a tinge of reasoned liberalism. This stratification of our society is very interesting, accurate, and makes a lot of sense. The world today is what it is because of this mix, a recipe of a variety of ingredients providing a menu of high-calorie diversity in a mosaic of some clashing cultures, traditions, and politics. Hopefully, the 6th generation would be Generation LUC — Generation of Love, Understanding, and Compassion — to achieve world peace and prevent annihilation of our planet.

Is the alcohol consumption limit too high?

The current guidelines in the United States for the recommended reasonable upper limit alcohol consumption may not be low enough to be safe, according to a study published in Lancet. Review of data from 83 prospective studies on 600,000 drinkers who did not have any baseline cardiovascular disease, followed up for a median of 7.5 years, showed roughly 7 percent died and 7 percent had their first cardiovascular event.

The report says: “For both men and women, consuming 100 grams of alcohol (or about 7 servings) or less per week was associated with lowest all-cause mortality. In the U.S., this is about half the recommended upper limit for men and equivalent to the recommended limit for women. Men and women who exceeded the U.S. recommended limits had shorter life expectancies of 2.7 years and 1.3 years, respectively, at age 40. Higher intake was associated with elevated risk for most cardiovascular outcomes except myocardial infarction (heart attack).”

The Journal of the American Medical Association (JAMA) Oncology study reported that “patients who adhere to a healthy lifestyle after colorectal cancer diagnosis, as recommended by the American Cancer Society (ACS), may have improved survival. ACS guidelines for cancer survivors call for a healthy body weight, regular physical activity, and high intake of fruits, vegetables, and whole grains.”

The study involves 1000 patients undergoing chemotherapy for stage III colon cancer. Patients whose lifestyle were most concordant with ACS guidelines had 42 percent lower mortality risk compared to the non-compliant ones. Added recommendations include “5-6 servings per day of fruits and vegetables and about 150 minutes per week of exercise.”

So, never give up, and beat that cancer.

Is there a blood test to detect early cancer?

CBC (Complete Blood Count), Blood protein testing (electrophoresis for immunoglobulins) and Tumor Marker tests are indirect tests to aid in diagnosing the presence of cancer. So, we are yet to have a blood test that can detect early stage cancer directly.

Here’s a great prospect: Illumina, famous for gene sequencing announced that “it’s launching a new company to develop a blood test that will detect early-stage cancers in asymptomatic (no symptoms) patients. Called Grail, the company will use DNA sequencing to look for genetic mutations that occurs when cancer is first developing, thus enabling earlier treatment…the goal being the development of a ‘pan-cancer’ test, a universal test.”

This potentially life-saving test is expected to be in the market in 2019 at about $500. Among the investors of Grail are Microsoft founder Bill Gates (net worth 92.1 billion) and Jeff Bezos, CEO of Amazon (net worth is $139.4 billion).

Do acid-reflux pills harm the kidneys?

Popular and widely used PPIs (Proton-pump Inhibitors) for acid reflux, to reduce the acid production in the stomach and heartburns, is associated with 20 to 50 percent increased risk for developing chronic kidney disease (CKD), according to an observational study in the JAMA Internal Medicine. The study followed over 10,000 individuals originally free of any kidney disease, who subsequently took PPIs for acid reflux for 14 years, showed 14.2 percent developed CKD versus 10.7 percent among PPI non-users. Users also had higher rates of acute renal injury. Physicians usually prescribe ACE (angiotensin converting enzyme) inhibitors or ARBs (angiotensin receptor blockers) for PPI users to protect the kidneys. Painkillers (like ibuprofen, naproxen, which are nonsteroidal anti-inflammatory drugs (NSAIDs) used daily can damage the kidneys. PPI users are advised to have renal function (blood and urine tests) monitoring and serum magnesium level testing. If needed, the physician might switch the patient to H2 receptor antagonist pills to treat the acid reflux.

What is this new drug that kills flu virus?

Good news: Possibly available before the end of 2018, a new drug marketed by Roche that kills the flu virus within 24 hours and end infectious transmission also within that period, Xofluza (baloxavir marboxil), is waiting for final FDA approval. This could be the first anti-flu approved from a new class in two decades. This drug has already been approved in Japan. Its novel mechanism, unique efficacy, and ability to end transmission within a day are most impressive and beneficial to the whole world in its fight against influenza.

According to the study “Xofluza is given only once, instead of five days at twice-daily dosing required by Roche’s own flu stalwart Tamiflu. And, with just that one pill, the drug managed to relieve symptoms and bring down fever in time on par with Tamiflu, a 1,436-subject phase 3 showed. What’s more important, the drug can suppress the flu virus level in just 24 hours, while it takes Tamiflu 72 hours to do the same. Besides, it could treat some Tamiflu-resistant strains from avian flu viruses H5N1 and H7N9. Furthermore, its quick virus-killing action could stop the virus from spreading to others sooner, and packing such power in a one-time regimen could also mean convenience for patients.”

Should soft drinks be banned?

All kinds of soft drinks, cola or uncola, diet or regular, caffeinated or decaf, have been found to be unhealthy, for both adults and children. They increase the risk for metabolic syndrome. Should they be banned? We want to get your personal feedback. Please e-mail us what you think.

Philip S. Chua, MD, FACS, FPCS, Cardiac Surgeon Emeritus in Northwest Indiana and chairman of cardiac surgery from 1997 to 2010 at Cebu Doctors University Hospital, where he holds the title of Physician Emeritus in Surgery, is based in Las Vegas, Nevada. He is a Fellow of the American College of Surgeons, the Philippine College of Surgeons, and the Denton A. Cooley Cardiovascular Surgical Society. He is the chairman of the Filipino United Network – USA, a 501(c)(3) humanitarian foundation in the United States. Email: [email protected] 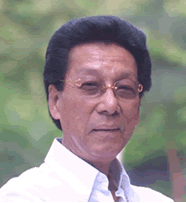 Study: Cigarettes are even more deadly than you think