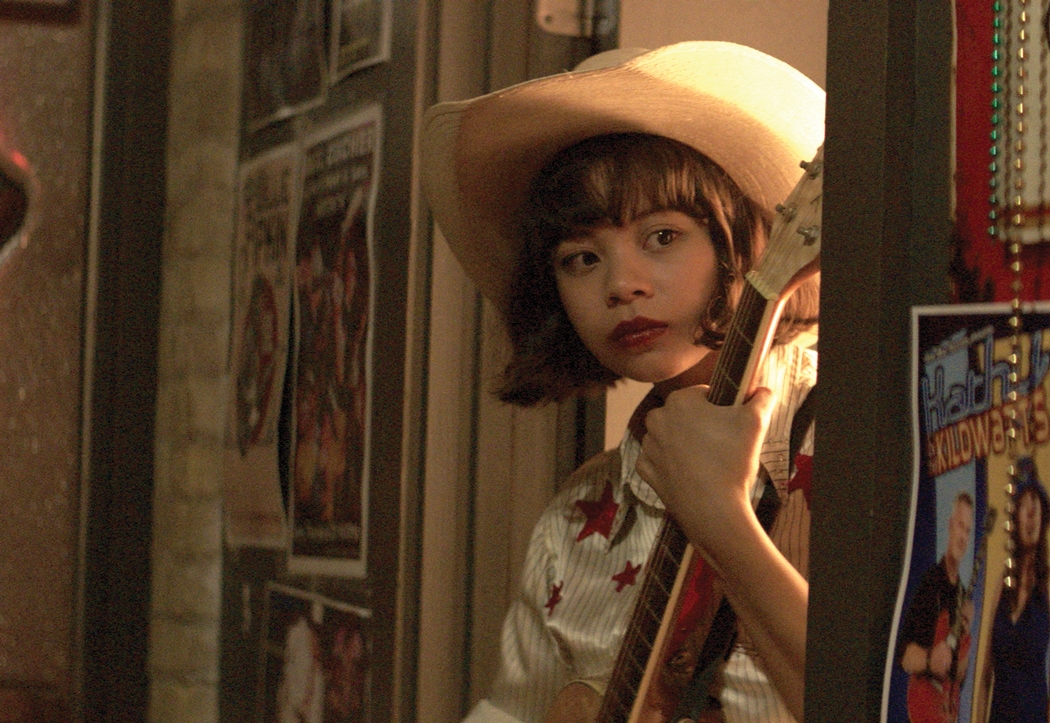 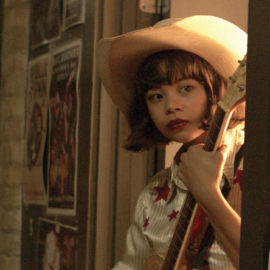 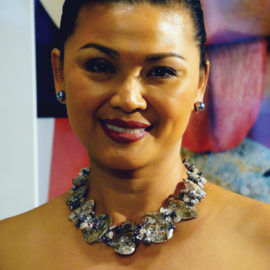 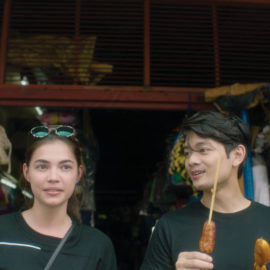 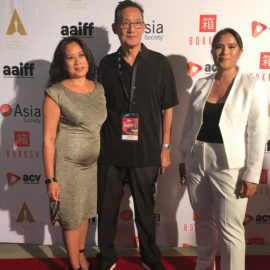 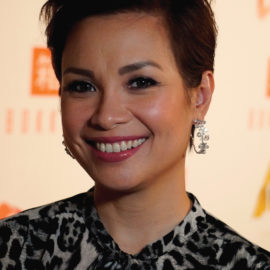 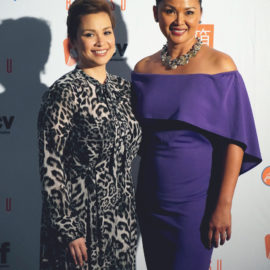 Miss Saigon and Hadestown star Eva Noblezada makes her film debut in Yellow Rose, playing the role of a Filipina teen in Texas facing life’s challenges as she tries to achieve her dream to be a country music singer. | Photo courtesy of Yellow Rose 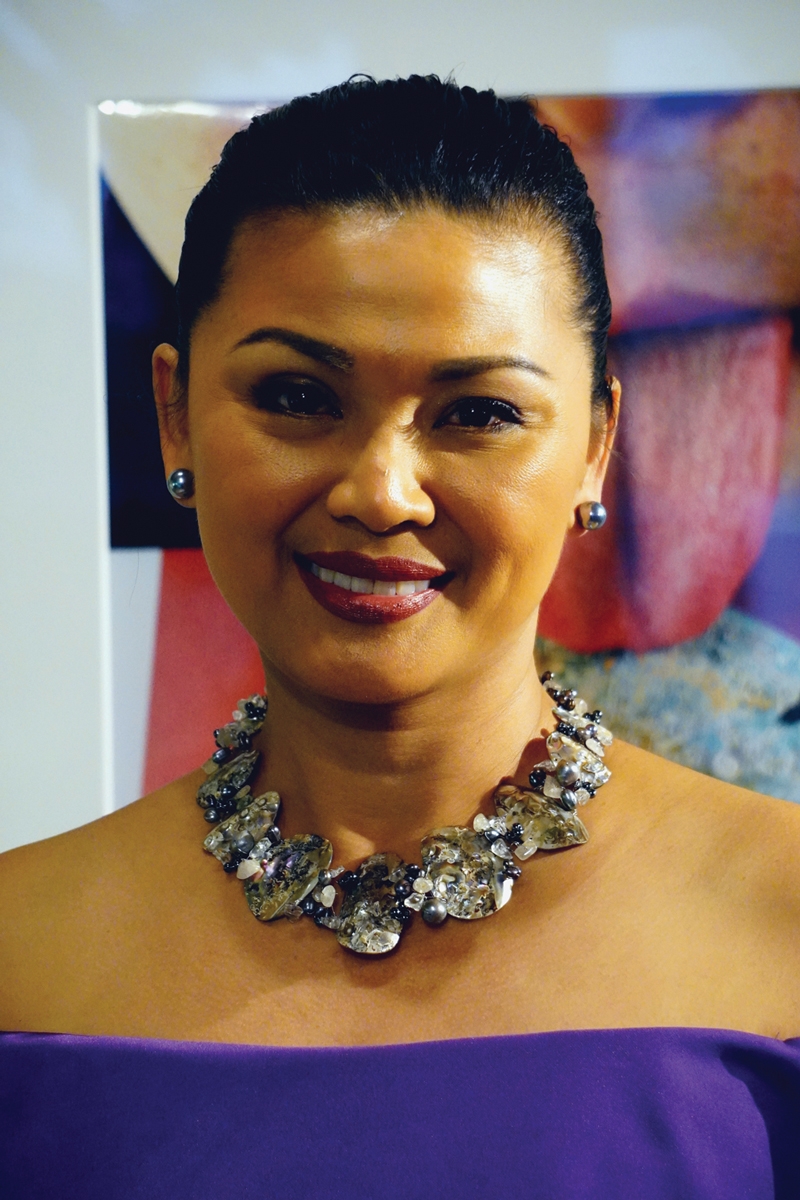 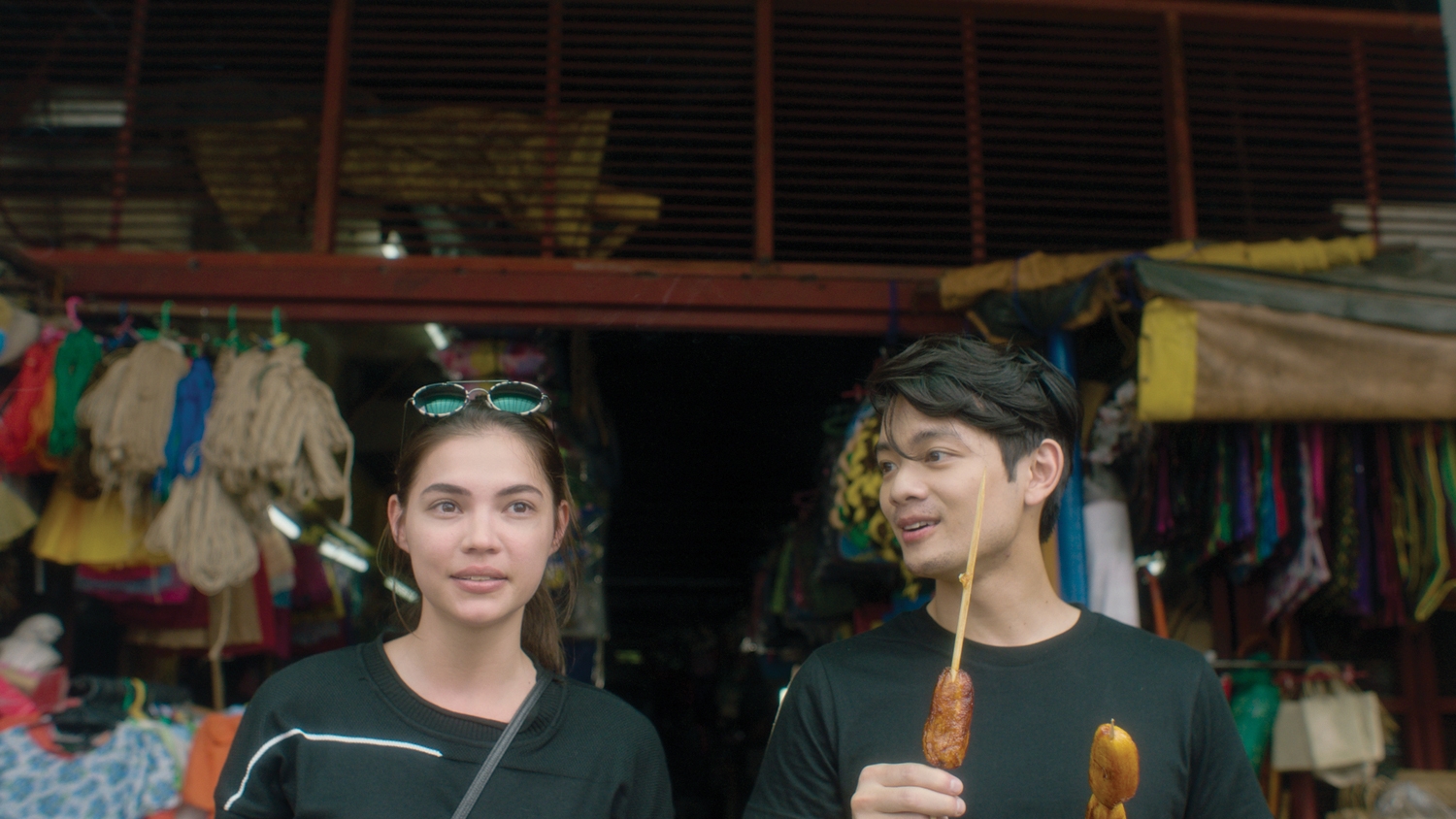 Among the many Filipino feature and short films at the AAIFF is Empty by Design, directed by Andrea Walter and stars Filipina actress Rhian Ramos. | Photo courtesy of Empty by Design 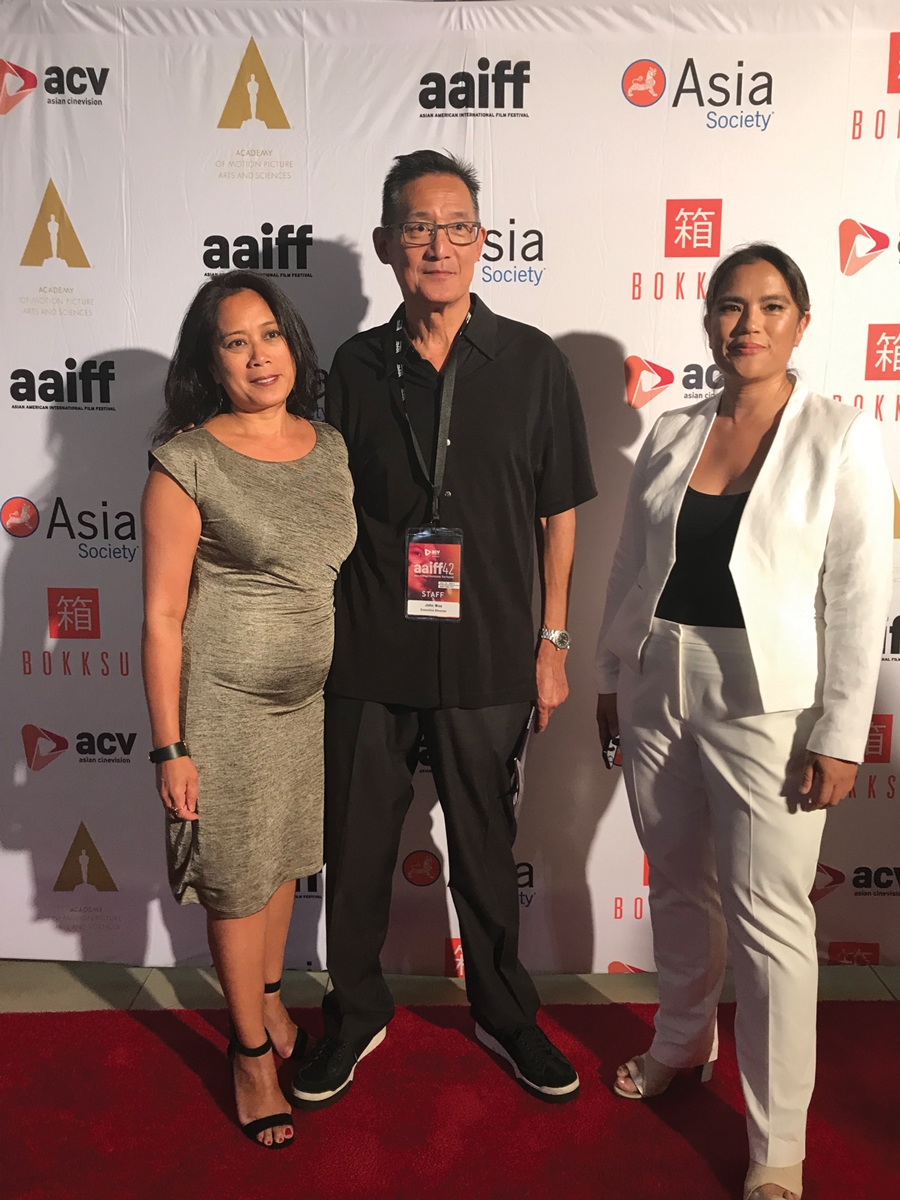 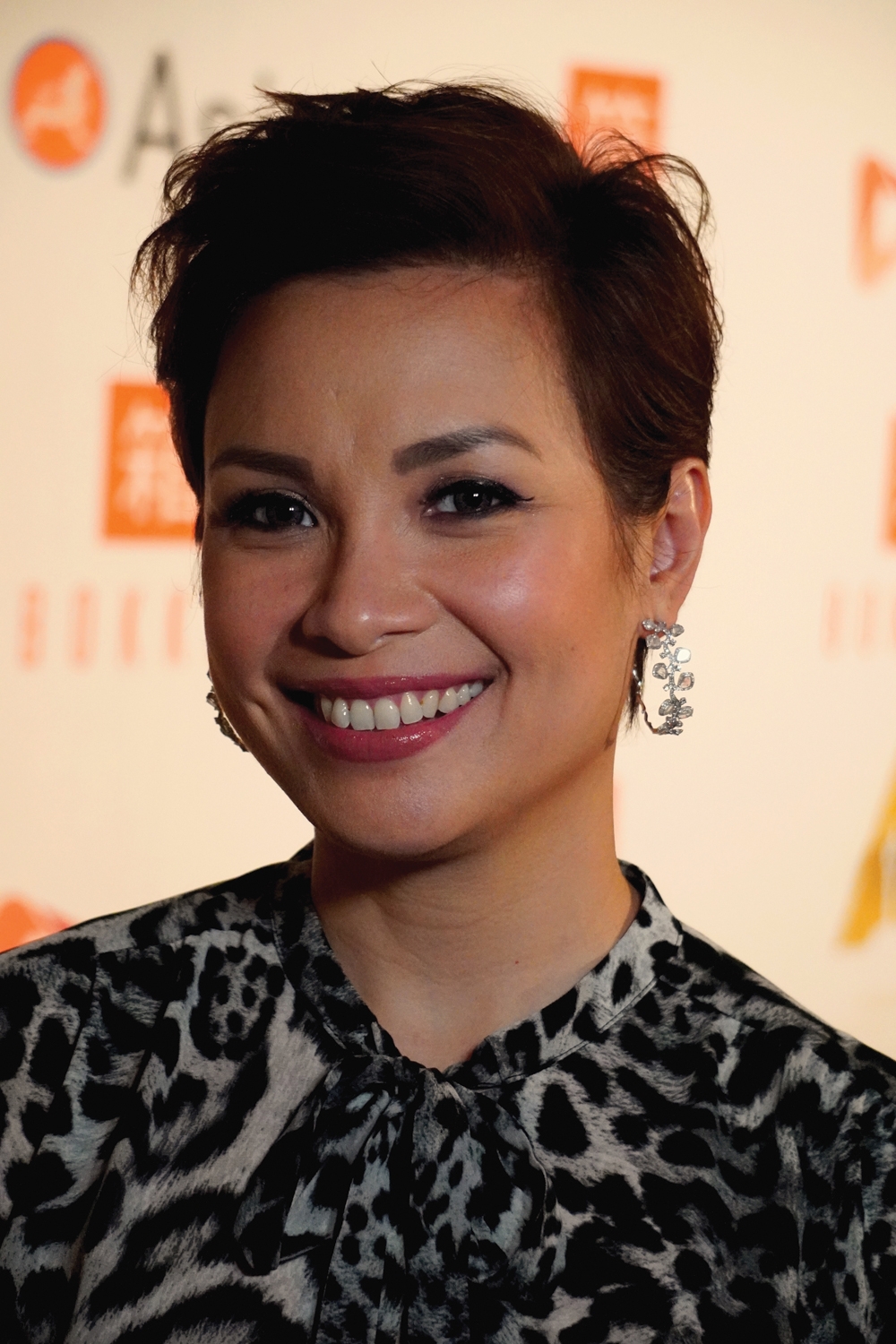 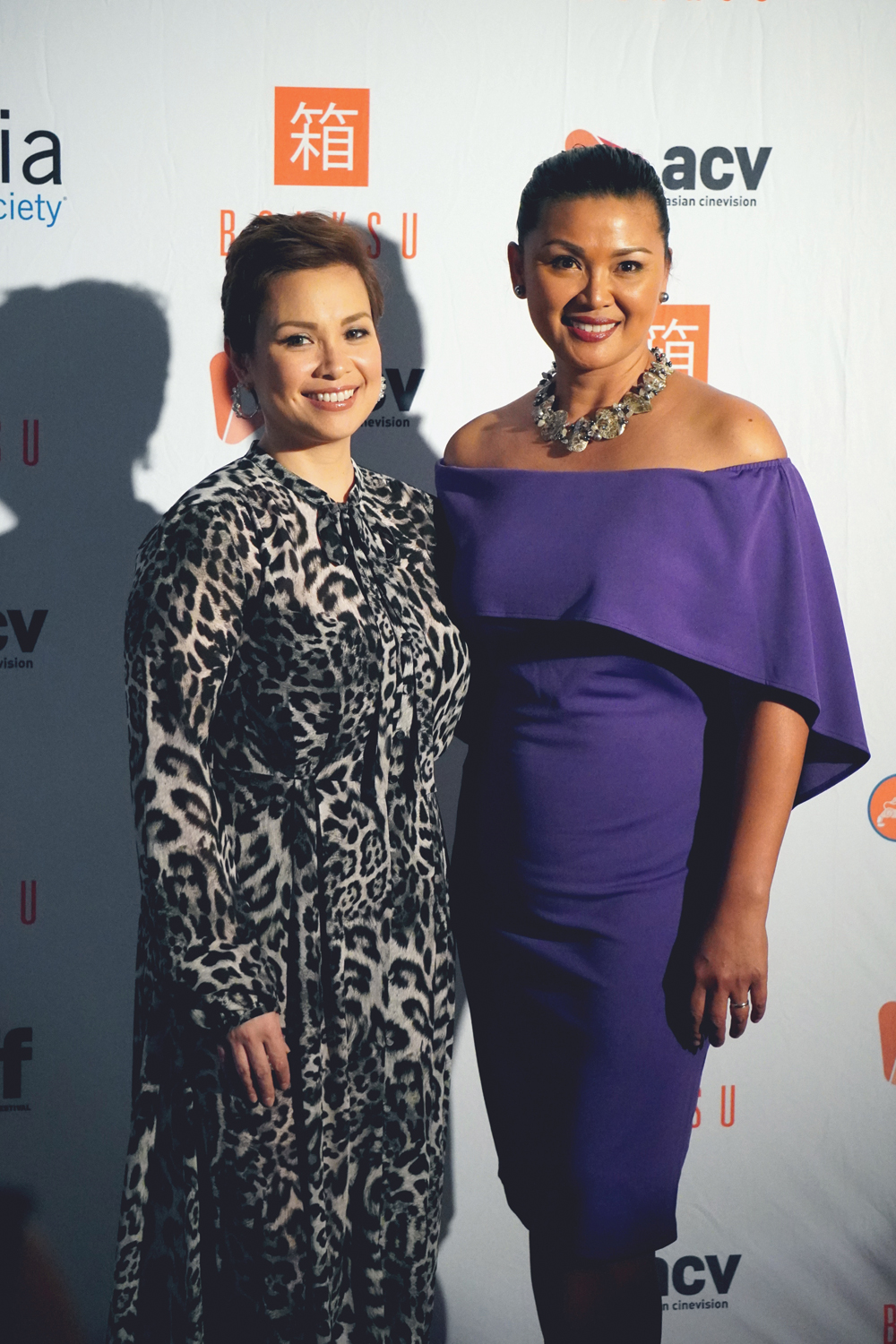 “THIS feels like a homecoming and it’s such a wonderful feeling,” said Dianne Paragas, director of Yellow Rose on the red carpet at the opening night of the 42nd Asian American International Film Festival held at the Asia Society.

Yellow Rose is the directorial debut of Paragas and the film has been making the rounds of the film festival circuit, including the Los Angeles Asian Pacific Film Festival, the Bentonville Film Festival and CAAMFEST37.

Paragas has described it as a “deeply personal film” and says that it has been in development for the better part of the past 15 years.

The film comes at a time when anti-immigrant tensions are at an all time high and that there is a hunger for Asian-American stories like never before.

“I’m so happy to be here. I missed the crazy film festival madness that Yellow Rose has been through,” exclaimed Lea Salonga when we chatted with her. Salonga plays the role of Tita Gail in the film.

Salonga is thankful that her schedule opened up. She was recently in the United Kingdom as a part of her concert tour and instead of going straight back to Manila, she made a pit stop in New York to attend the AAIFF event.

“It is unbelievable, the timing of this film, the shoot, and now the screenings, it’s almost like there is a confluence of factors that makes the society open to a film like this, it is so exciting,” Salonga added.

Yellow Rose revolves around the story of Rose (played impeccably by Eva Noblezada), an undocumented Filipino teenager, whose dream of one day leaving her small Texas town to pursue her country music dreams.

Her world turns upside down when her mom Priscilla (played by Princess Punzalan) suddenly gets picked up by Immigration and Customs Enforcement. Rose, who witnessed the scene has to face this new reality and she is forced to flee the scene, leaving behind the only life she knows.

She is faced with a dilemma: to leave her passion behind and follow her mother in Manila or pursue her dream of conquering the country music scene.

This is why Yellow Rose is as timely as it is necessary and there is a national debate going on about the immigration crisis.

While it is a Filipino American film, its story is universal. In this day and age where families are being torn apart and immigration is still a big, unsolved issue, Yellow Rose shines a light on what families go through when confronted with life changing issues.

“We are reminded that it is people of color that are normally on the short end of the stick. These are human beings, these are not just commodities, not just nameless, faceless people. These are actual humans who come here for opportunity,” Salonga added. “We are not saying don’t deport, we’re not saying yes, deport. That’s not what we’re trying to say. But please try to maintain the dignity of everybody involved.”

“My God, we all have this relative,” Salonga said laughing, recalling the day when she first read the script. “There was something about her that I could relate to because I knew people like her. It was very interesting.”

It is not an accident that the film is set in the heart of Texas, which is also where Paragas grew up. She and her family moved from the Philippines to Lubbock, Texas when she was only four years old. Country music plays a big role in the film as well.

“I want to speak to the red states, to conservative America who listen to this kind of music, who relate to the characters,” she said. “I grew up in Texas so it’s also a lot of my own experience. Country music was a great contradiction, a great counterpoint to what she was going through.”

Casting Eva Noblezada as Rose was a no–brainer. This is Noblezada’s first feature film, which she shot after the Broadway run of Miss Saigon ended. She is back on Broadway with Hadestown where she earned her second Tony nomination.

“I wanted to create a new feminist hero and I think I did a good job. She is a strong girl picking herself up and making it on her own,” she said.

Salonga was all praises for Noblezada as well.

“Eva is amazing. This girl is so good in this. It’s sick, it’s so honest and it’s a very courageous performance,” Salonga said.

Now the goal for the film is to have a theatrical release, and if possible, an international release as well.

“We would love to be the first Filipino American film to be acquired by a studio. If that happens, that’s a major step forward for Asian American cinema but also for Filipino cinema,” Paragas said.

15 Years in the Making

It took a long time for the film to get done, 15 years if we are counting.

Paragas had the idea for as long as she can remember and throughout her career, she has been working on developing the idea and making the film a reality.

She is happy that her timing couldn’t have been better.

“It’s like I was on this little boat on an ocean, paddling my way to the shore and every time I would get to shore, the wave would push me back, but I would keep paddling and paddling,” she said. “The tide of films would push me in, movies like Crazy Rich Asians and now The Farewell, we’re riding on that tide of diversity.”

The film’s AAIFF screenings are both sold out and for her, it means that the audience is hungry for this kind of content.

The director also lamented the fact that when people talk about Asian American cinema, oftentimes they refer to East Asia.

“That’s great and fine, but we are the second largest Asian community and we are virtually invisible. Wikipedia only shows six movies when you look up Filipino American movies!,” she exclaimed.

Yellow Rose may be a film about Filipinos, and Paragas made sure about that, but it is also a quintessential American film.

“There’s so much about this film that is Filipino and when Filipinos watch this film they will appreciate the details but at the same time, it is about the American dream, it is a western film, and it’s musical. It’s about as American as you can get,” she added.

Aside from Yellow Rose, a number of Filipino films were also screened at the AAIFF, including short films and documentaries.

The short documentaries featured snippets of Filipino lives and culture, with Dependent showing the story of Filipino daughters who opened up about their home lives and family experiences living with military fathers and Nightcaller featuring the call center industry in the Philippines. Beast – Dance Movie focused on the “Beast Fam”, a crew made up of suburban Filipino and Mexican American youth who found both family and salvation through the electric street dance of Krump.