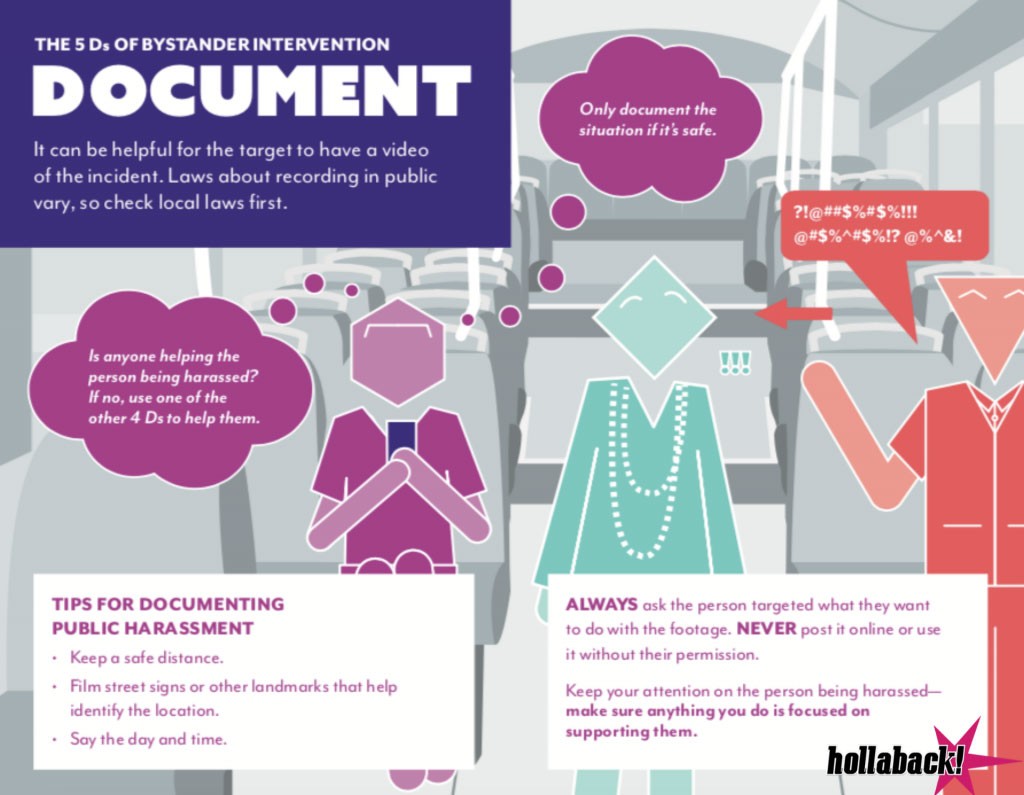 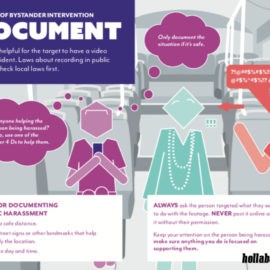 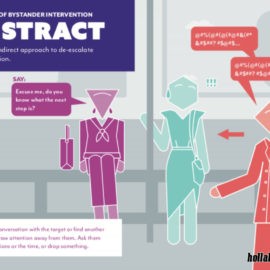 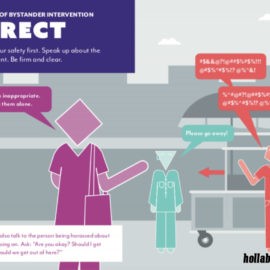 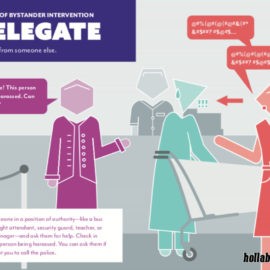 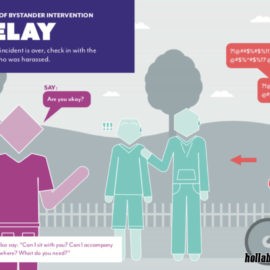 Illustration shows how to properly document an incidence of public harassment. | Courtesy of Hollaback! 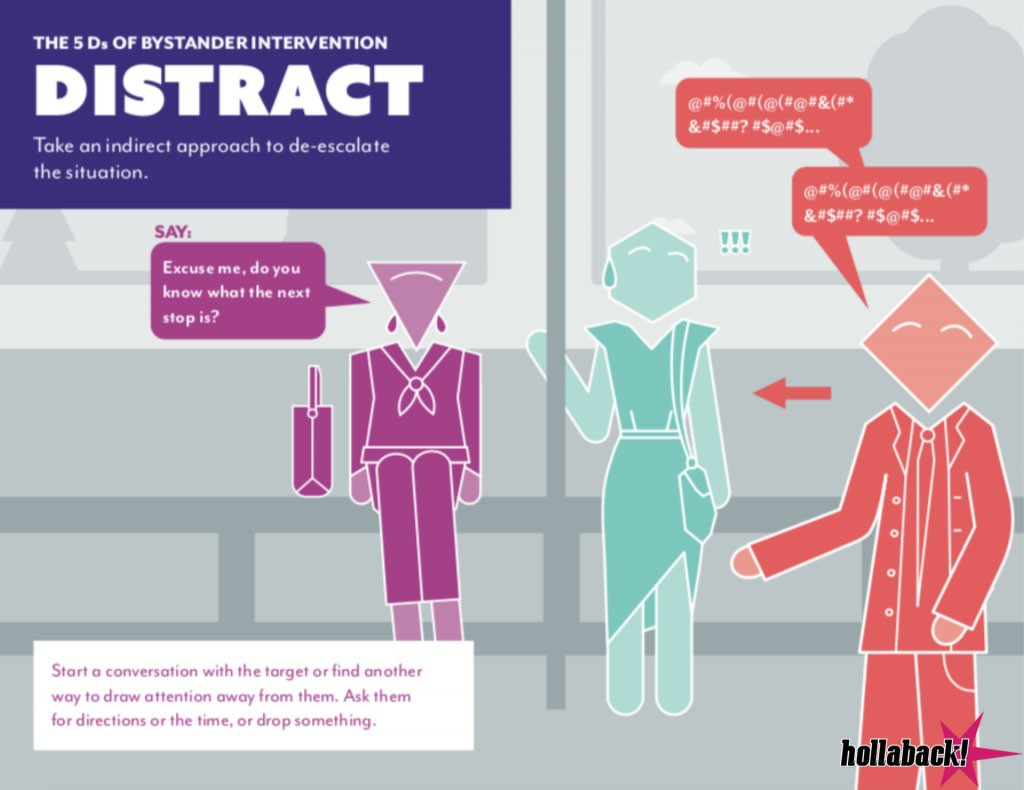 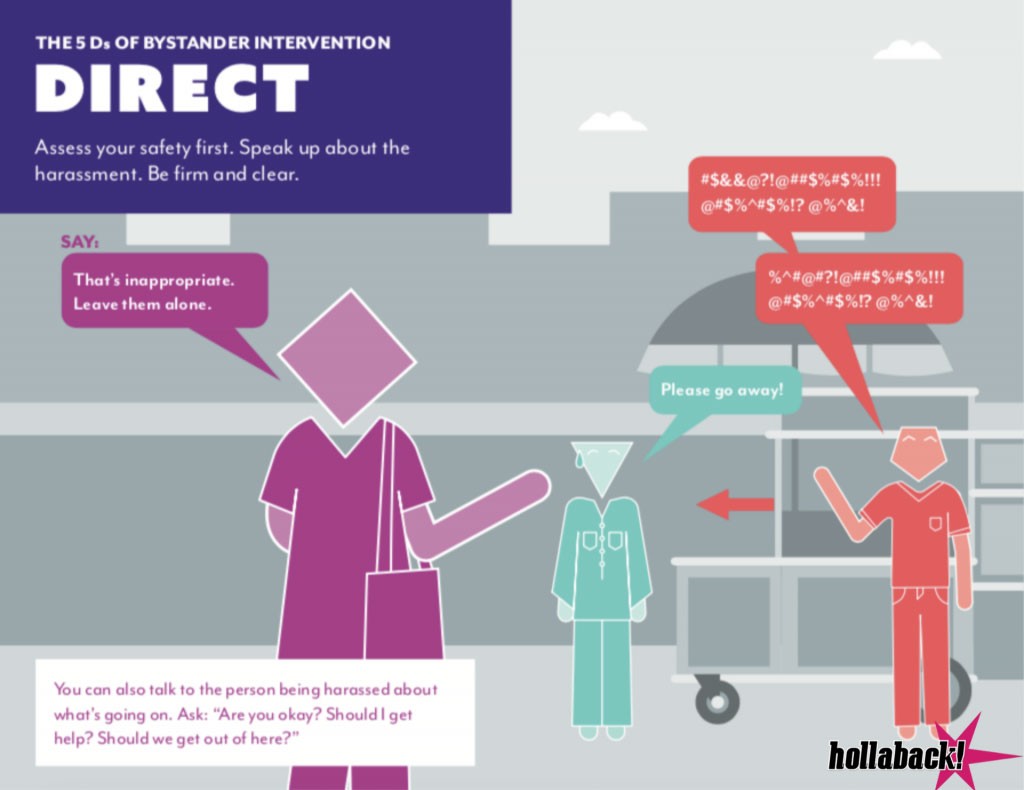 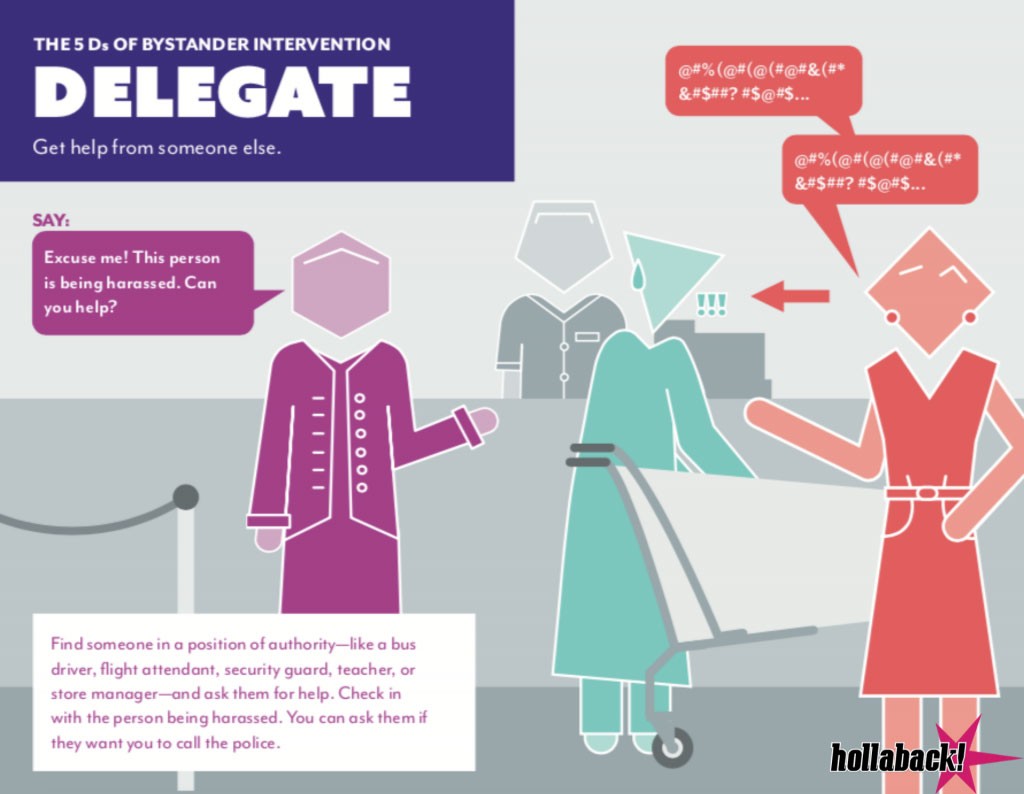 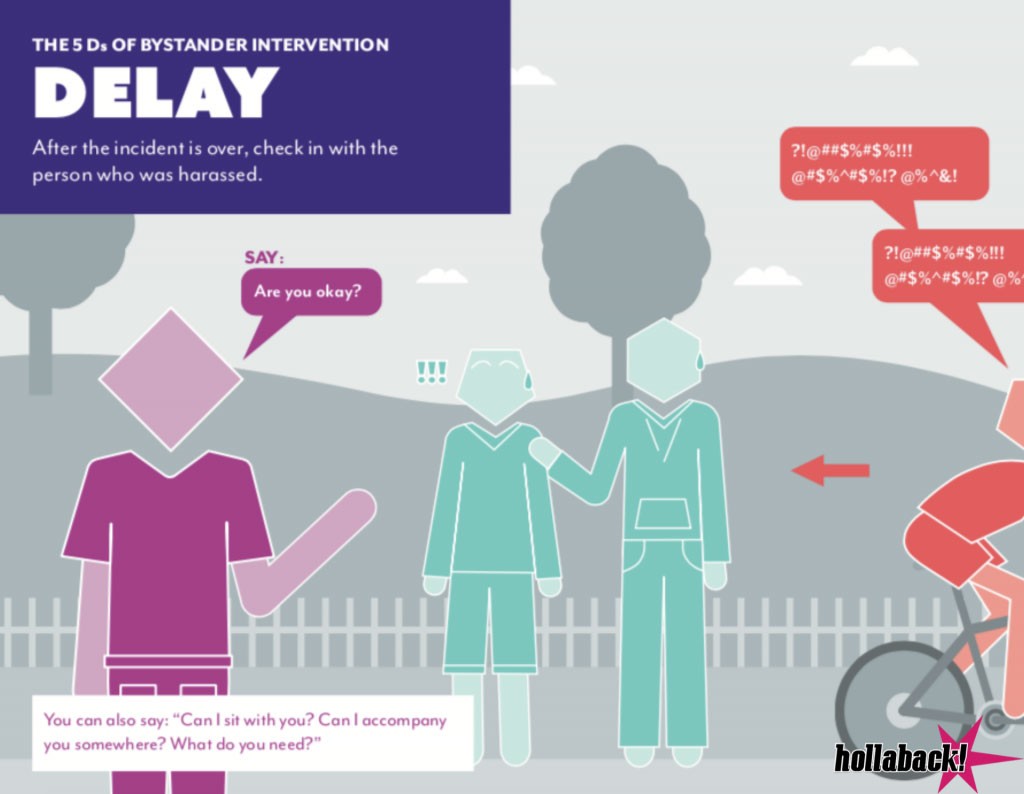 On May 14, a young Asian woman in Wisconsin was minding her own business and walking down the aisle of a grocery store. A white man stopped her and started hurling racial epithets at her; later, a police report stated that multiple Asian “customers were called names and harassed for wearing masks because of their race.”

The day after that, in a New York City subway an Asian woman was verbally harassed by a stranger for allegedly not wearing her mask “properly,” yelling at the Asian woman, “You f**king Chinese don’t speak English! Go back to China!” before slapping the victim’s phone from her hand.

The next day on May 16 in San Luis Obispo, California, a Zoom meeting among members of the Cal Poly Chinese Student Association was bombed by anonymous trolls who drew swastikas and spammed the chat box with xenophobic language and blamed the COVID-19 pandemic on the entire Chinese community.

If you saw these incidents happen, what would you do?

Since the beginning of the COVID-19 pandemic, the Asian Journal has been extensively reporting on the disconcerting uptick of anti-Asian harassment, violence and overall sentiments, most of it spurred by the understanding that the virus is known to have originated in China.

Accusations that any given Asian or Asian-passing person has the virus or blaming any and all Asians for the spread of the pandemic are common themes within the harassment, which ranges from microaggressions to outright violence.

More than 1,500 incidents have been reported to A3PCON’s hate crime tracker since the middle of March, and the incidents continue to pile up as the pandemic rages on across the country.

Bearing witness to these incidents could bring about discomfort and doubt for whether or not intervention would be helpful or harmful. In many cases, individuals may want to help the victim or stand up to the harasser, but they are unsure of what to do.

As a way to coach individuals on what to do if they find themselves as bystanders of such incidents, two community organizations have teamed up to provide virtual training sessions to educate individuals about the types of disrespect and harassment Asian Americans are facing right now and to prepare them to become allies in any given situation.

The anti-harassment and discrimination organization Hollaback!, along with Advancing Justice, has organized bystander intervention training sessions every week for May and June to help various communities become effective allies to the Asian Americans who are victims to what the organizers describe as the “spectrum of disrespect.”

“These instances, however small they seem, build up over time,” Bessie Chan-Smitham, director of Community Engagement at Advancing Justice, explained during the training held on Thursday, May 21. “They’re also part of a larger spectrum of disrespect and contribute to an environment that allows for more extreme incidents to occur.”

The education portion of the training details the long and winding history of anti-Asian sentiments from the time of the Chinese Exclusion Act of 1882 to the internment of more than 100,000 Japanese Americans during World War II to the current coronavirus pandemic where every day, Asian Americans are being ostracized for being Asian.

Notably, the use of the misnomers “Wuhan virus,” “Chinese virus,” and the “Kung-flu” — which have been used among everyday individuals as well as high ranking lawmakers, including the president himself — exacerbates the anti-Asian hate by establishing an fraudulent inherent association between the virus and an entire racial group.

As implausible as it may seem to eliminate racism and discrimination from society, these are learned constructs that require community engagement to reverse, and that starts by understanding how to remedy these situations as a bystander.
Hollaback! has devised a five-pronged methodology called the 5D’s of bystander intervention which those witnessing an act of anti-Asian hate can utilize in an effort to mitigate the situation and stand up for the victim(s).

The 5D’s include: Distract, which involves creating a diversion to de-escalate the event; delegate, find someone else like law enforcement or store management to help out; Document, record what’s happening on your phone to use as evidence that could be used to bring justice to the harasser; Delay, which is to wait until the incident has passed to check up on the victim; and Direct, which involves direct intervention between the assailant and the victim.

The hour-long training sessions are designed to help distinguish these strategies and to find which method is best suited to a variety of incidents that may happen in person or online.

“This is about creating a tool that’s super easy for folks to use and refer back to whenever happens in the street or online and when it’s something [in which] they want to react or intervene but don’t know how to,” said Jorge Arteaga, director of operations at Hollaback!. “This is the methodology that will hopefully help us in a moment when we freeze and we just have that human reaction to want to show up for someone else.”

Hollaback! and Advancing Justice is also organizing training sessions for conflict de-escalation for frontline workers of Asian descent. Asian Americans who are also health care workers, first responders or other essential workers face a uniquely serious predicament as a community fighting against racism as well as the virus itself.
To learn more about the bystander intervention training sessions, please visit https://www.ihollaback.org/bystanderintervention/.