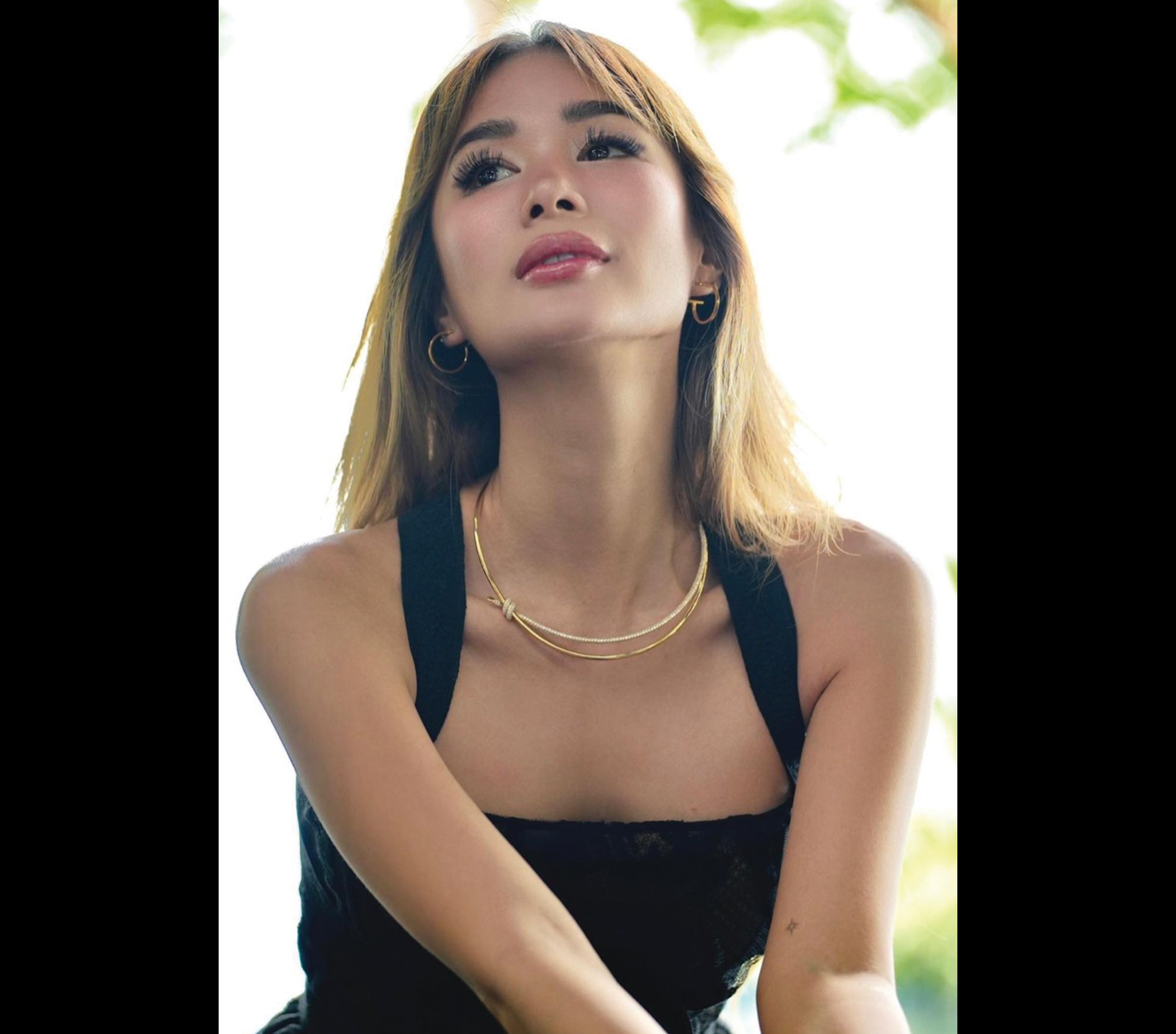 ACTRESS, influencer/fashionista and philanthropist Heart Evangelista recently revealed that she has slowed down in terms of her shopping forays in a YouTube vlog, as stated in an article on PEP.ph.

The wife of now Senator Francis “Chiz” Escudero said that she will only invest in items that would last a lifetime, or even over a lifetime.

“I used to shop a lot. But I have a change of heart recently. I wqould really just spend on stuff that would sing to me ‘til I’m old and gray,” she said in her vlog.

“I feel like, you know, I love having luxury items for… just because I know it’s going to last me a lifetime or over a lifetime, whoever’s gonna get it afterwards,” she added.

Heart also revealed a factor that’s important to her now, stating, “I’m also about sustainability lately. So that’s why I wanna buy stuff that I know I can use for a really long time. And eventually, if it doesn’t sing to me anymore, somebody else can use them. So, yeah, that’s what I’ve been you know, going through and learning, unlearning stuff as well.”

Further , Heart talked about her “excessive closet” and what it meant to her in the past.

“I mean I do… you look at my closet and it’s excessive, extremely excessive. I guess I was going through a stage when I thought buying all of these would make you happy. But, really, it’s just taking photos, enjoying life,” she explained.

At the latter part of her vlog, Heart had a piece of advice to her viewers: “If you were to invest on something, it should be something that you would love forever.”

She also added advice when traveling – stick to the basics.

“…That’s why when I pack sometimes, I just bring the basics,” she said. “If you have so much stuff, you just bring so many clothes.”

Heart and husband Chiz have been in the rumor mills lately, with speculations of an impending separation. The rumors have been fueled by Heart’s removal of her married name Escudero from her Instagram handle last month. Eagle-eyed internet viewers also noticed that Heart was not wearing her wedding ring in one of her Instagram posts.

Any rift between the power couple has been denied by people close to them, including Heart’s mom, Cecile Ongpauco, who recently said that she doesn’t know of any issue that has cropped between her daughter and son-in-law, and by GMA Network, where Heart is one of its major stars, which denied rumors that they were going to issue a statement with regard to the couple’s status.

Meanwhile, Heart, in a previous vlog post in early September, admitted that she is going through some personal stuff in her life lately.

“I’m not gonna lie. I’ve been going through, like, a lot of personal stuff in my mind,” she said.

Even then, the businesswoman/socialite said she is trying to remain positive and declared, “I’m still very, very grateful.”

Wishing herself to become a more independent and empowered woman, Heart also disclosed that she’s a lot more raw in her vlog posts on YouTube and hinted at her struggles.

“And I’m not gonna deny that I’ve been going through, like, some personal struggles… Like, I feel a lot of pressure in my life and, basically now, I am really in a search for just being happy,” she said.

She added: “It’s about the simplest things in life that are very important and that really make a person happy, and that’s where I’m at now. Just really appreciating all the small moments and Panda, Shuti (referring to her dogs), all the love that I feel.”

Also in that particular vlog, Heart paid her respects to women who have the ability to overcome any obstacles that come their way.

“It feels good to be empowered and know that you can do things on your own no matter how hard certain situations in your company, in your workplace, or the people around you, or what weighs you down. At the end of the day, it’s really your inner strength and you being independent about what you want to do in life, and not rely on anyone that matters. That’s where I’m at,” Heart stated.

Heart also said that she will give updates on the “unfiltered version of my life, which I love.”

She said: “We’re gonna change things up a bit. Not everything is dandy and beautiful. At the end of the day, I feel like it’s so important to always be authentic and really stay true to yourself whether people agree with you or not.”

Scammers come in many forms, shapes and sizes.

Recently, Star Magic, which had a series of shows in some U.S. cities, issued a warning to those interested in auditioning to become a part of its cast of stars.

“We would like to warn the public that there are people falsely claiming to be part of Star Magic Workshops and offering services such as go-sees and auditions. Star Magic workshops will not conduct any kind of audition that offers monetary compensation. We will not also ask for payment in joining auditions,” it said in an Instagram post on Monday, September 12.

“We strongly condemn these actions and will take all legal steps to prevent the spread of false information. All Star Magic Workshops transactions are done through our official social media accounts and business emails. Be wary of people posing as official Star Magic Workshops’ coordinators, coaches teachers, directors and agents,” it added.

It is not the first time that Star Magic has been targeted by scammers who prey on unsuspecting people, demanding money for auditions. Back in October 2021, Star Magic issued a scam alert to the public about a person pretending to be a director and asking for reservation money to attend Star Magic workshops.

Star Magic artist John Arcilla, who was surprised by the scam being perpetrated, posted a reply to the original post, asking people to be careful about being scammed by unscrupulous people.