FALSELY claiming to be a US citizen can be a fatal mistake for non-citizens hoping to one day enter the US or obtain/maintain US resident status. Alongside fake marriages, drug and domestic violence offenses and terrorism grounds, false claims to citizenship are among the most seriously treated under US immigration law. An individual who is deported on the basis of a false claim is permanently inadmissible and cannot return to the United States. There is no waiver available for current false claim offenses, and only limited relief from removal is available.
False claims on form i-9
In the Adjustment of Status and Naturalization contexts, the most common false claim is in relation to the Form I-9. Obtaining a signed I-9 Employment Eligibility Verification Form, and requesting evidence of a legal right to work within the US is a requirement on the part of US employers with respect to new hires. The Form contains boxes wherein the employee indicates eligibility to work in the US Employees who incorrectly mark “US citizen” in this box have committed a false claim to US citizenship and may face serious obstacles in obtaining or maintaining US immigrant status.
In such cases, the most common defense relates to the ambiguous nature of the claim. Prior versions of the Form I-9 combined the “are you a citizen or national of the United States” into one box. This allowed some foreign nationals a defense under the theory that doubts existed as to whether they falsely claimed to a US citizen, a US national, or another status. When a prior I-9 version is involved, some argue that a false USC claim is not proven unless there is clear evidence to the contrary. USCIS did away with any such uncertainty in the current version of Form I-9, which separates US citizen and US national into two different boxes.
Other common false claims grounds
Unlawfully registering to vote in a local, state or federal election; claiming to be a citizen on a student loan or passport application, or claiming that one is a citizen to obtain a federally backed mortgage such as FHA loans are common false claim grounds.
Claiming that you are a US citizen to a US Customs official when entering the US, or presenting a fraudulent passport or birth certificates are also considered false claims to citizenship, as is applying for any other benefit for which US citizenship is required.
Defenses to a false claim of citizenship
False Claims Made Prior to September 30, 1996
Prior to enactment of the Illegal Immigration Reform and Immigrant Responsibility Act (IIRIRA) on September 30, 1996, a waiver of the false claim was possible if the claim was made by a noncitizen who has a qualifying relative who is a US citizen or legal permanent resident. An individual can still apply for this waiver if the false claim was made prior to September 30, 1996 if it is not a false claim that continued past the date of enactment. False claims made after the date of enactment cannot be waived.
False Claims by a Child will not Cause Deportation if:
1. the child’s parents were US citizens by birth or naturalization
2. the child made the false claim when he or she was under age 18
3. the child was a US permanent resident prior to age 16, and
4. the child reasonably believed, when making the false claim to citizenship, that he or she actually was a US citizen.
Timely retraction — the “oops, my bad” defense
Most often applicable in the border-crossing or airport port-of-entry context, a “timely retraction” of a US citizenship claim may serve as a defense in certain situations. In such instances, if the noncitizen immediately and voluntarily retracts the false statement (or action) before the misrepresentation is exposed or is about to be exposed, the person may use the retraction as a defense from false claim consequences.
Unintentional false claims
Courts, regulations and immigration officers generally are in agreement that a false claim to citizenship must be intentional. Therefore, a detailed analysis of the facts surrounding the purported false claim is always critical, including the mental state, mental ability of the claimant, and the documents and information available to them. The I-9 “citizen vs. national box” scenario, as described above, is one such example.
False claims and immigration removal proceedings
False claims to US citizenship bar most, but not all relief from removal. Namely, Cancellation of Removal or Asylum may still be available if the applicant is otherwise eligible. Note, however, that Cancellation of Removal for Non-Lawful Permanent Residents contains a “good moral character” component, which a judge may find that someone who has made a false claim lacks. If the false claim was unintentional, its effect on moral character may be mitigated, particularly where other strong equities and proof of good moral character exists.

Atty. Khurgel is a former USCIS and Department of State Embassy Officer and was previously a Partner at Reeves & Associates. His Firm’s Offices are located in Irvine and Los Angeles, California, and the Firm provides representation for clients in Deportation/Removal proceedings, Waivers, Appeals, Naturalization, Adjustments, Criminal Relief, Citizenship, Consulate Processing, Work and Employment Status, Investment Visas and all other areas of Immigration and Naturalization Law. You can go online to www.khurgel.com to ask your questions or call us at (949) 509-6515 for an in-person office consultation. 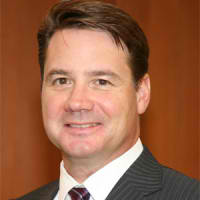 Daniel P. Hanlon is a California State Bar Certified Specialist in Immigration and Nationality Law and a principal of Hanlon Law Group, PC.